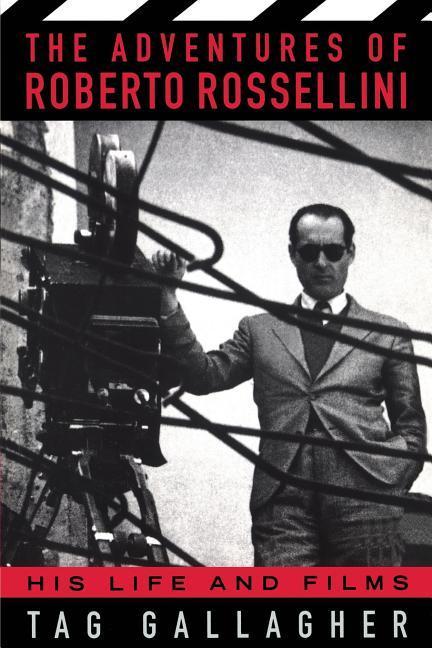 The Adventures of Roberto Rossellini: His Life and Films

Titel: The Adventures of Roberto Rossellini: His Life and Films
Autor/en: Tag Gallagher

Roberto Rossellini (1906-1977),movie-maker, bon vivant, and passionate intellectual,was the key figure of Italian neo-realism, the godfather of the French New Wave, and a television pioneer the maker of such classics as Open City, Paisan, Stromboli, Flowers of St. Francis, Voyage in Italy, and Louis XIV Anna Magnani's lover Ingrid Bergman's husband and Isabella Rossellini's father. Continually enmeshed in controversy, perhaps no other figure in the history of world cinema has been so reviled,and so revered. Tag Gallagher's masterful biography of Rossellini, the first in any language, was fifteen years in the making. It is the result of assiduous research, lengthy interviews with almost everyone who knew him, and investigations into the making and reception of his films. The cast of characters includes Vittorio Mussolini, Il Duce's son and Rossellini's Fascist-era producer Howard Hughes, who produced Stromboli and then, in a fit of jealousy over Ingrid Bergman, butchered its American release and dozens of other people. Combining a portrait of a dynamic and daring man with brilliant discussions of his work, Tag Gallagher tells a story as rich and moving as Rossellini's miraculous films.

Tag Gallagher is the author of the highly acclaimed critical study John Ford: The Man and His Films.