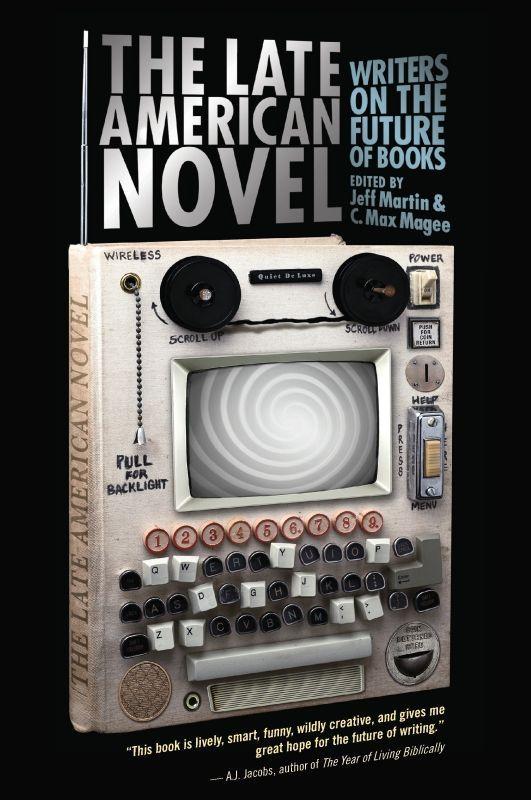 The Late American Novel: Writers on the Future of Books

Sprache: Englisch.
Taschenbuch
The way we absorb information has changed dramatically. Edison's phonograph has been reincarnated as the iPod. Celluloid went digital. But books, for the most part, have remained the same--until now. And while music and movies have undergone an almos … weiterlesen
Dieser Artikel ist auch verfügbar als:
Geschenk per Mail versenden
Taschenbuch

Titel: The Late American Novel: Writers on the Future of Books

The way we absorb information has changed dramatically. Edison's phonograph has been reincarnated as the iPod. Celluloid went digital. But books, for the most part, have remained the same--until now. And while music and movies have undergone an almost Darwinian evolution, the literary world now faces a revolution, a sudden change in the way we buy, produce, and read books. Scholars, journalists, and publishers have turned their brains inside out in the effort to predict what lies ahead, but who better to comment on the future of the book than those who are driven to write them? In The Late American Novel, Jeff Martin and C. Max Magee gather some of today's finest writers to consider the sea change that is upon them. Lauren Groff imagines an array of fantastical futures for writers, from poets with groupies to novelists as vending machines. Rivka Galchen writes about the figurative and literal death of paper. Joe Meno expounds upon the idea of a book as a place set permanently aside for the imagination, regardless of format.
These and other original essays by Reif Larsen, Benjamin Kunkel, Victoria Patterson, and many more provide a timely and much-needed commentary on this compelling cultural crossroad.

Praise for "The Late American Novel"
"Funny, poignant, relentlessly thought-provoking." --"The Atlantic"
"This book is lively, smart, funny, wildly creative, and gives me great hope for the future of writing." --A.J. Jacobs, author of "The Year of Living Biblically"
"What a fun and timely book this is. I sat down to read it expecting a coroner's report and found a manifesto instead. Maybe it's not time to go back to work at Applebee's yet, after all." --John Wray, author of "Lowboy"
Praise for "The Customer Is Always Wrong," edited by Jeff Martin
"The mundane tasks and indignant exchanges with impossible customers are hilariously captured in this collection . . . Some . . . are spun with a catty flair and flirt with a mild contempt for frivolous consumers; others . . . are outrageously funny and incorporate life lessons in the litany of humiliations. Breezy and occasionally creepy musings on everything from guilt over serving fattening Swedish pancake