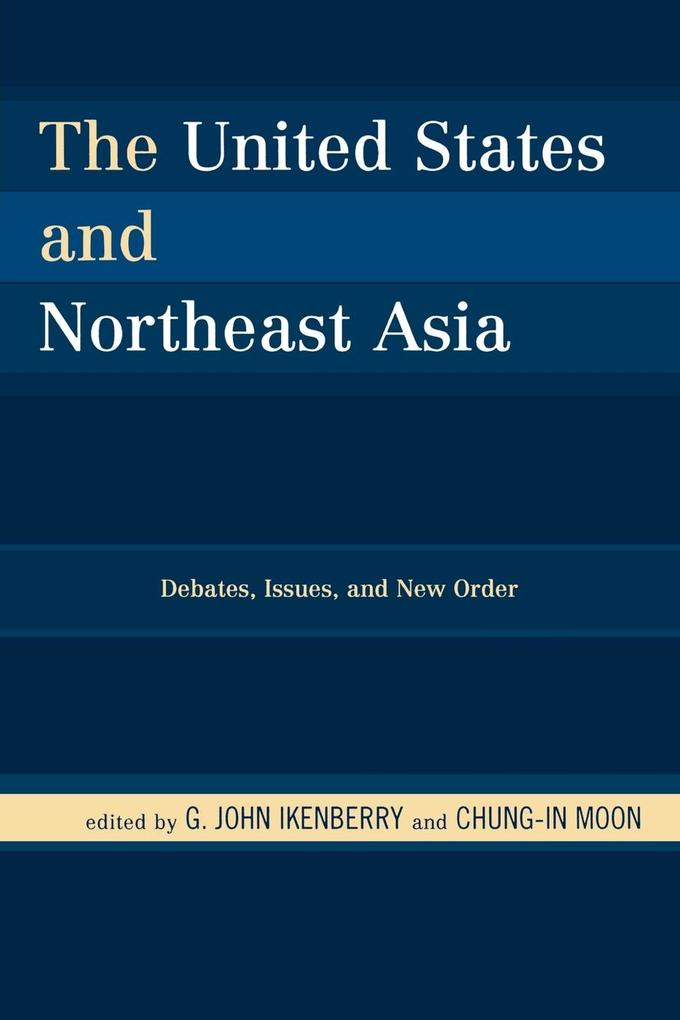 The United States and Northeast Asia

This authoritative book provides a comprehensive and penetrating analysis of the emerging security terrain in Northeast Asia. Leading American and Asian scholars explore the shifting power configurations in Northeast Asia represented by China's rise, Japan's quest for a normal state, North Korea's nuclear ambitions, South Korea's projection into a middle power, and U.S. strategic realignments. They also examine new flashpoints such as anti-Americanism; the North Korean crisis; and the clash of parochial nationalisms among China, Japan, and Korea. Shedding light on Asia's new order, this balanced and systematic volume will be invaluable for a nuanced understanding of this complex and dynamic region.

[The United States and Northeast Asia] provides a broad view of the dynamics of change in Northeast Asia. -- July 18, 2008 The Korea Times The chapters are uniformly smart, well written, and theoretically motivated. In short, this book is an excellent primer on general debates and major issues in Northeast Asia...this book will be a worthwhile read for anyone interested in the future of Northeast Asia. -- David C. Kang Journal of Asian Studies, February 2010 This panoramic view of a critical great-power crossroads highlights emerging issues that have the potential to shape a new regional order. It is theoretically informed, geographically comprehensive, and original in covering such themes as identity politics, management of North Korea, and types of powers in Northeast Asia. For many, its foremost strength may be clarifying the challenges the United States faces and offering guidance in narrowing the choices ahead. -- Gilbert Rozman, Princeton University