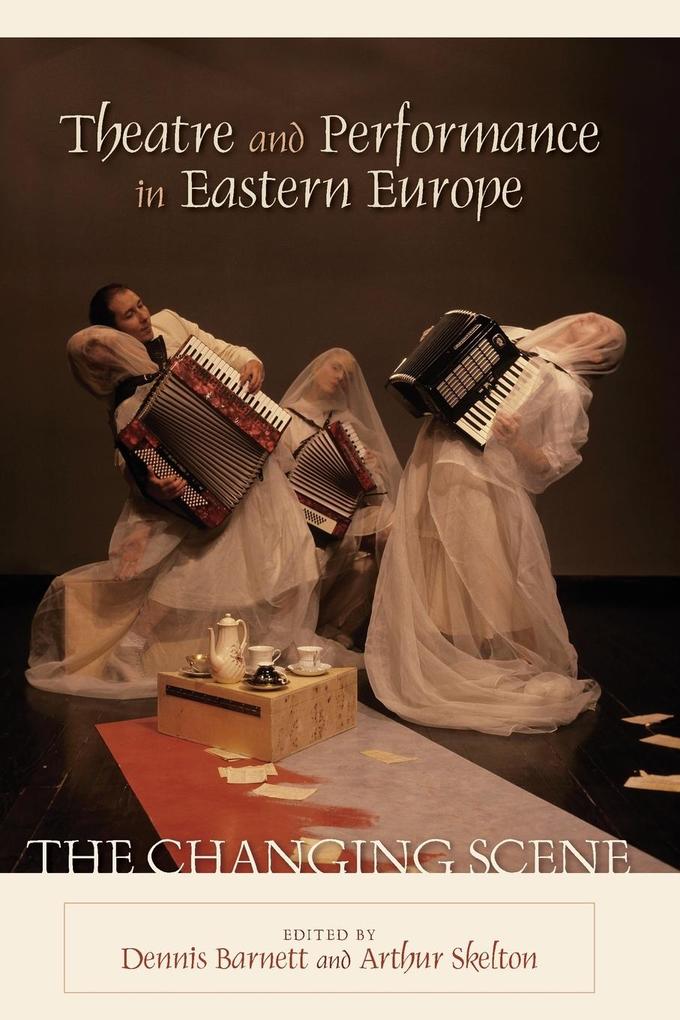 Paperback. Sprache: Englisch.
Taschenbuch
The fall of communism throughout Eastern Europe brought about major socio-political changes towards the end of the 20th century. Dennis Barnett and Arthur Skelton explore the effects these changes had on theatre and performance in Russia, the former … weiterlesen
Geschenk per Mail versenden
Taschenbuch

The fall of communism throughout Eastern Europe brought about major socio-political changes towards the end of the 20th century. Dennis Barnett and Arthur Skelton explore the effects these changes had on theatre and performance in Russia, the former Czechoslovakia, Poland, Hungary, Romania, Bulgaria, and the former Yugoslavia, while drawing clear parallels with theatre globally. This fascinating collection of articles describes the various factors contributing to the changes in theatrical performance, including the important move from government control to a capitalist, market-driven environment. The idea of art as business and a consumer product vs. art as a social prerogative or means for national dialogue is a common thread throughout the articles, many of which also look at the role of censorship during the communist era. This collection includes updated reports on vital cultural institutions such as the Moscow Art Theatre, the Bolshoi Ballet, the Sarajevo International Theatre Festival (MESS), and the Hungarian National Theatre Festival at Pecs. Also, a number of important theatre practitioners, directors, and playwrights, such as Boris Eifman, Du?an Kovacevic, Slobodan ?najder, Arpad Goncz, and Yordan Radichkov, are introduced to the Western reader. Organized according to country, the book presents both an inclusive and general overview of the subject--as well as specific in-depth examinations of the situations in each country--and includes a broad variety of perspectives: from native scholars to outside researchers, from personal memoirs to academic inquiries. The volume concludes with a bibliography, an index, and five informative appendixes listing works of some of the artists and companies discussed.

Dennis Barnett is assistant professor of theatre at Coe College in Cedar Rapids, Iowa. He was a professional actor and director for nearly twenty years, and co-founded and directed Upstart Stage in Berkeley, California. Arthur Skelton is an associate researcher and the former senior lecturer in Drama at the Moray House Faculty of Education in the University of Edinburgh.

This volume contains many interesting articles... It does offer access to information on Eastern European theater and dance that is often difficult to find. Slavic and East European Journal