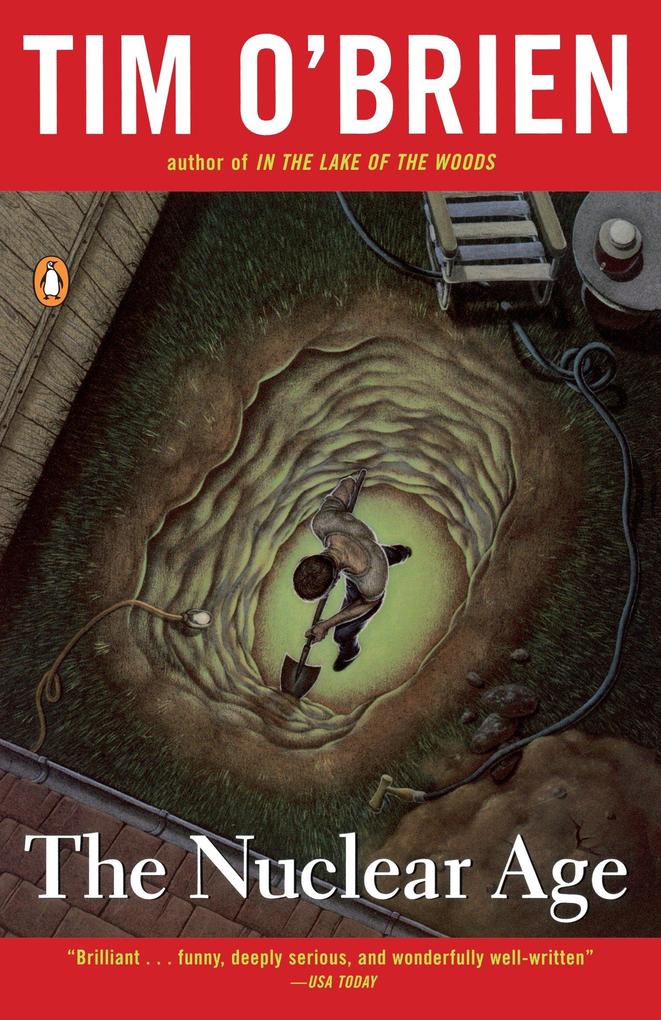 von Tim O'Brien
Empfohlen ab 18 Jahre. Sprache: Englisch.
Taschenbuch
The Nuclear Age is about one man's slightly insane attempt to come to terms with a dilemma that confronts us all—a little thing called The Bomb. The year is 1995, and William Cowling has finally found the courage to meet his fears head-on. Cowling's … weiterlesen
Geschenk per Mail versenden
Taschenbuch

The Nuclear Age is about one man's slightly insane attempt to come to terms with a dilemma that confronts us all—a little thing called The Bomb. The year is 1995, and William Cowling has finally found the courage to meet his fears head-on. Cowling's courage takes the form of a hole that he begins digging in his backyard in an effort to "bury" all thoughts of the apocalypse. Cowling's wife, however, is ready to leave him; his daughter has taken to calling him "nutto"; and Cowling's own checkered past seems to be rising out of the crater taking shape on his lawn, besieging him with flashbacks and memories of a life that's had more than its share of turmoil. Brilliantly interweaving his masterful storytelling powers with dark, surreal humor and empathy for characters caught in circumstances beyond their control, Tim O'Brien brings us his most entertaining novel to date. At once wildly comic and sneakily profound, The Nuclear Age is also utterly unforgettable.

Minnesota native Tim O'Brien graduated from Macalester College in St. Paul in 1968. He served as a foot soldier in Vietnam from February 1969 to March 1970. Following his military service, he went to graduate school in Government at Harvard University, then later worked as a national affairs reporter for The Washington Post. O'Brien is the author of the novel Going After Cacciato, winner of the 1979 National Book Award for fiction, and of The Things They Carried, winner of the 1990 Chicago Tribune Heartland Award in fiction. Its title story, first published in Esquire, received the 1987 National Magazine Award in fiction.His other books are If I Die in a Combat Zone, Northern Lights, and The Nuclear Age.His work has appeared in numerous magazines, including Esquire, The Atlantic Monthly, Playboy, McCall's, Granta, Harper's, Redbook, The New Republic, Ploughshares, Gentleman's Quarterly, and Saturday Review. His short stories have been anthologized in The O. Henry Prize Stories (1976, 1978, 1982), Great Esquire Fiction, Best American Short Stories (1978, 1987), The Pushcart Prize (Vols. II and X), and in many textbooks and collections. He has received awards from the Guggenheim Foundation, the National Endowment for the Arts, and the Massachusetts Arts and Humanities Foundation.In the Lake of the Woods was selected by the editors of The New York Times Book Review as one of the best books of 1994.