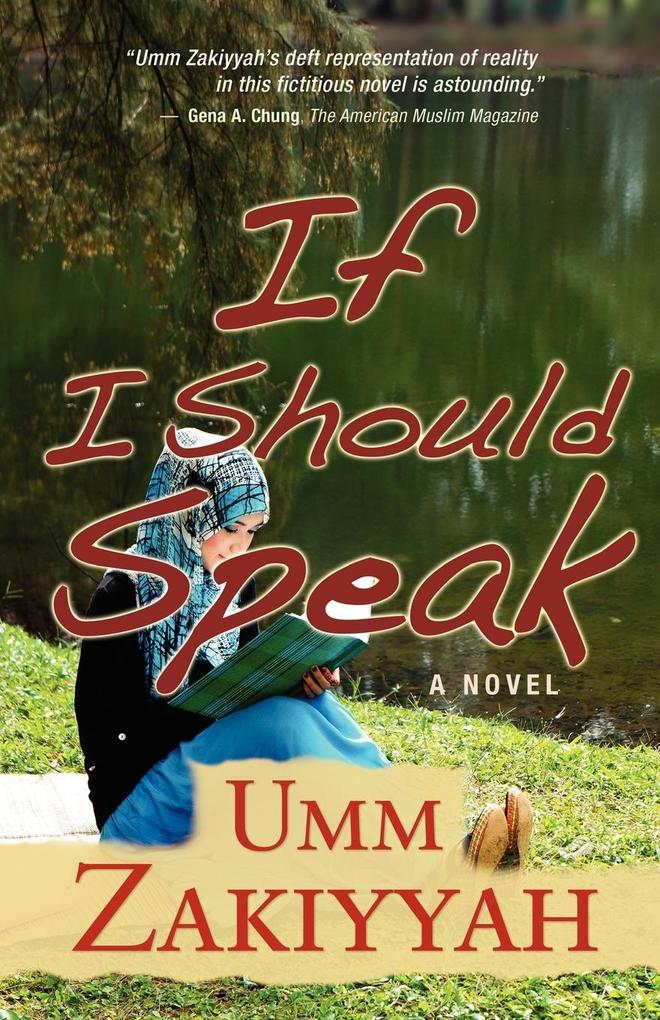 If I Should Speak, A Novel

von Umm Zakiyyah
Paperback. Sprache: Englisch.
Taschenbuch
The author promises to revolutionize story telling in this powerful story about three college students, one Christian and the others Muslim, who find themselves unlikely roommates at a small, private American university.

Tamika, the main character of … weiterlesen

Titel: If I Should Speak, A Novel
Autor/en: Umm Zakiyyah

The author promises to revolutionize story telling in this powerful story about three college students, one Christian and the others Muslim, who find themselves unlikely roommates at a small, private American university.

Tamika, the main character of this novel, is a sophomore in college who dreams of becoming a famous singer. After a fight with her roommate, she is forced to move out of her room and ends up living with two Muslims, one who is religious, while the other is becoming discontented with the religion. Tamika is immediately drawn to Durrah, the latter, who shares her love for singing. Durrah is emerging as a successful model and singer in her own right and enjoys a growing level of prominence in her career, which has earned her many admirers, Tamika being one. Captivated by Durrah's magnetic personality, breathtaking beauty, and powerful singing voice, Tamika has found both a friend and mentor in life.

As the seeds of friendship are sown between them, the doors of fame are beginning to open for Tamika.
But she is unprepared for the one obstacle that stands in her way to success...

Umm Zakiyyah is the bestselling author of the novels If I Should Speak trilogy, Muslim Girl, and His Other Wife; and the self-help book for religious survivors of abuse Reverencing the Wombs That Broke You. She writes about the interfaith struggles of Muslims and Christians and the intercultural, spiritual, and moral struggles of Muslims in America. Her work has earned praise from writers, professors, and filmmakers and has been translated into multiple languages.
Umm Zakiyyah holds a BA in elementary education and an MA in English language learning. She studied Arabic, Qur'an, Islamic sciences, 'aqeedah, and tafseer in America, Egypt, and Saudi Arabia for more than fifteen years. She currently teaches tajweed (rules of reciting Qur'an) and tafseer in Baltimore, Maryland.

Schreiben Sie eine Bewertung für: If I Should Speak, A Novel