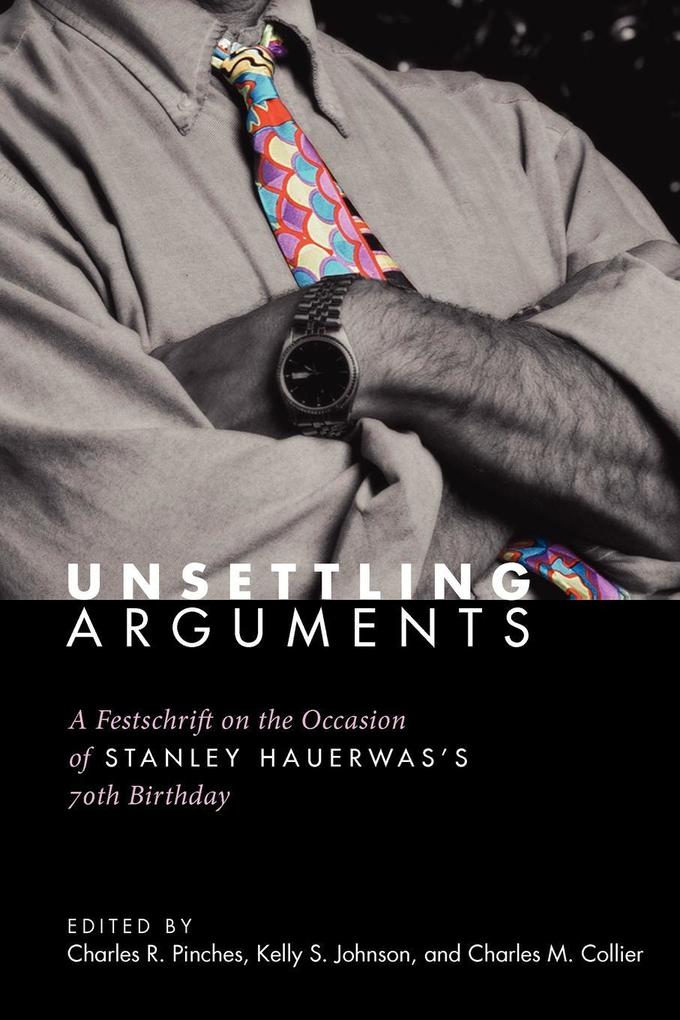 
A Festschrift on the Occasion of Stanley Hauerwas's 70th Birthday.
Paperback.
Sprache: Englisch.

Endorsements:
"Good arguments sustain good friendships, and this volume bears witness to the extraordinary friendships that Hauerwas and his students have been drawn into. Yes, there's gratitude and devotion here, but it's the criticisms that stand out, that make this a particularly feisty festschrift.
His dependence on Yoder runs afoul of his devotion to Aristotle. He domesticates Wittgenstein's skepticism in order to discount his own individualism. He misconstrues the church as polis, makes a mess of practical reason, and gives metaphysics short shrift. He bungles the relationship between disability and grace, misunderstands how liturgy affects the moral life, and runs rough shod over the just war tradition. He is not yet a pacifist! He is an heir of the liberalism he despises! And he's a lousy dresser to boot!
Those concerned that Hauerwas's talk of tradition, community, and virtue encourages slavish emulation of authorities and exemplars will find little evidence of that here. Rather, what we find is appreciation mixed with complaint, confidence leavened with doubt, and loyalty expressed in conversation. That we might all have such students, such friends!"
--John Bowlin
Princeton Theological Seminary

"Stanley Hauerwas is a public provocateur, a ravenous reader, a restless wrestler with the truth, and an eccentric devotee of baseball, murder mysteries, and liturgically-shaped discipleship. But most of all is he is a devoted, demanding, and dogged academic father to dozens of doctoral students. The breadth of his character takes a community to display. Here, more than ever before, that community of character does in public what Hauerwas and his students do best: tussle, and refine, and introduce new interlocutors, and dismiss out of hand, and rephrase more charitably, and rediscover ancient wisdom, and go back to Aquinas, and quote Barth, and dismantle platitudes, and unsentimentally face the gift and demands of Christ for church, academy, and politics today. This is a work of love turned into a call to renewal, a family reunion transformed into a symposium, a tribute in the guise of a challenge. Admirers and critics of Hauerwas will be enriched by these compelling essays, an ordered array of disagreements in love."
--Sam Wells
Dean of the Chapel, Duke University

Author Biography:
Charles Pinches is Chair of the Department of Theology and Religious Studies at the University of Scranton.