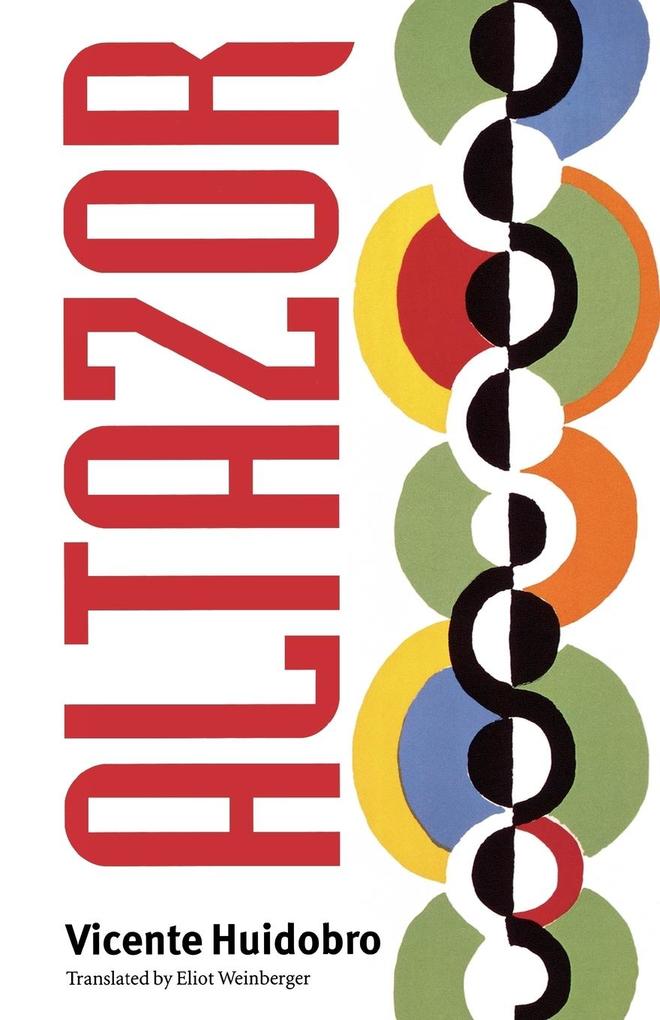 von Vicente Huidobro
Paperback. Sprache: Englisch.
Taschenbuch
Often compared with Apollinaire as the first and liveliest avant-garde poet in his language, Vicente Huidobro was a one-man movement ("Creationism") in the modernist swirl of Paris and Barcelona between the two World Wars. His masterpiece was the 193 … weiterlesen
Geschenk per Mail versenden
Jetzt nur

Often compared with Apollinaire as the first and liveliest avant-garde poet in his language, Vicente Huidobro was a one-man movement ("Creationism") in the modernist swirl of Paris and Barcelona between the two World Wars. His masterpiece was the 1931 book-length epic Altazor, a Machine Age paean to flight that sends its hero (Altazor, the "antipoet") hurtling through Einsteinian space at light speed. Perhaps the fastest-reading long poem of the century, and certainly the wildest, Altazor rushes through the universe in a lyrical babble of bird-languages, rose-languages, puns, neologisms, and pages of identical rhymes, finally ending in the pure sound of the language of the future. Universally considered untranslatable until the appearance of Eliot Weinberger's celebrated version in 1988, Altazor appears again in an extensively revised translation with an expanded introduction.

The Chilean poet Vicente Huidobro (1893-1948) is one of the most important figures in 20th-century Hispanic poetry and, with César Vallejo, one of the pioneering avant-gardists in Spanish. Originally from an upper-class Santiago family, Huidobro was fortunate to have the means to support himself and his family while he found his artistic way. After an early phase writing in a quasi-symbolist style in his native city, he moved to Paris and threw himself into the local artistic milieu with a passion, quickly becoming a notable figure, publishing two full-sized collections and four chapbooks in 1917-18, and a French-language selected poems in 1921. Influenced initially by Apollinaire, Huidobro quickly befriended both forward-looking French writers such as Reverdy, Cocteau and Radiguet, and the Spanish expatriate artists, including Picasso and Juan Gris.
He was to reach his artistic maturity in 1931 with the publication of two masterpieces: the long poem, Altazor, and the book-length prose-poem Temblor de cielo (Skyquake). Two further collections followed during his lifetime, both published in Santiago in 1941. While he also published successful novels and plays, it is for his poetry that he is best remembered today.