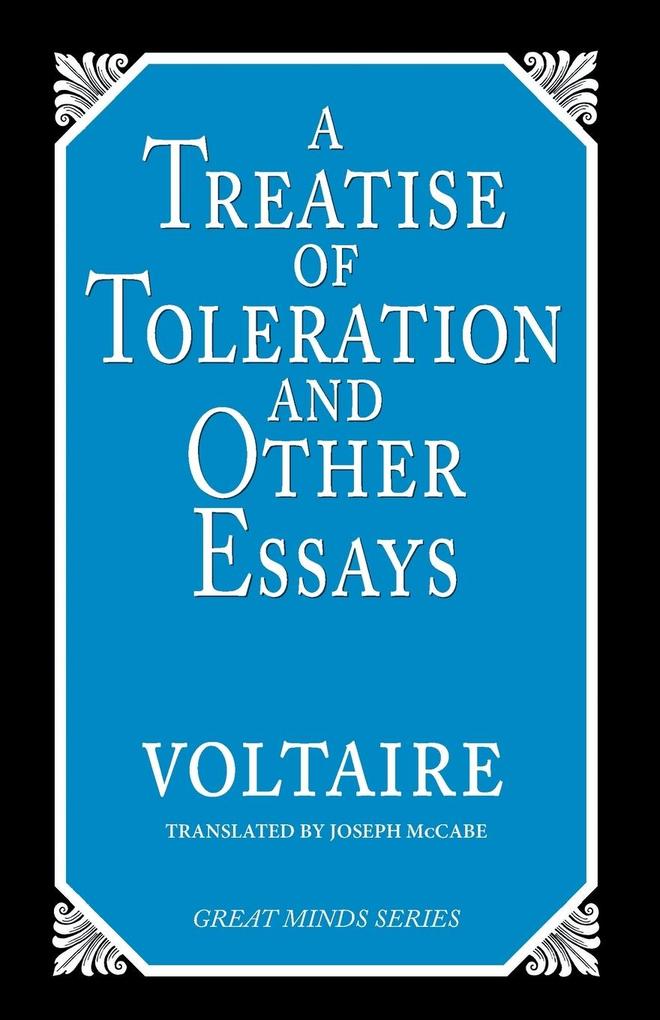 A Treatise on Toleration and Other Essays

von Voltaire
Sprache: Englisch.
Taschenbuch
Voltaire (1694-1778), novelist, dramatist, poet, philosopher, historian, and satirist, was one of the most renowned figures of the Age of Enlightenment. In this collection of anti-clerical works from the last twenty-five years of Voltaire's life, he … weiterlesen
Geschenk per Mail versenden
Taschenbuch

Titel: A Treatise on Toleration and Other Essays
Autor/en: Voltaire

Voltaire (1694-1778), novelist, dramatist, poet, philosopher, historian, and satirist, was one of the most renowned figures of the Age of Enlightenment. In this collection of anti-clerical works from the last twenty-five years of Voltaire's life, he roundly attacks the philosophical optimism of the deists, the so-called inspiration of the Bible, the papacy, and vulgar superstition. These great works reveal Voltaire not only as a polemicist but also as a profound humanitarian. Selections include "Poem on the Lisbon Disaster," "We Must Take Sides," "The Questions of Zapate," "The Sermon of the Fifty," homilies on superstition and the interpretation of the Old and New Testaments, and his famous "Treatise on Toleration."

VOLTAIRE was born Francois Marie Arouet into a prosperous middle-class family in Paris on November 21, 1694. At the age of ten he was sent to the Jesuit Collège Louis-le-Grand, where he received a thoroughly classical education. After leaving the Collège in 1711, Voltaire began to study law at the prompting of his father, but soon gave this up to devote himself exclusively to writing. In 1715, Voltaire's tragedy Oedipe was introduced in Paris. His outspoken lampoons against the aristocracy landed him in the Bastille from 1717 to 1718 (he would again be confined to the Bastille in 1726 for insulting the Chevalier de Rohan); at this time the young Arouet came to be known as Arouet de Voltaire, or simply Voltaire.

From 1726 to 1729, Voltaire, having already achieved considerable fame for his poems and plays and now heir to a comfortable patrimony, resided in England, where he became friends with Queen Caroline (to whom he dedicated his epic poem, Henriade) as well as with such literary notables as Alexander Pope. Voltaire praised the freedom of thought and prosperity of England in his Lettres philosophiques (otherwise known as Lettres sur les Anglais) (1733); this work, along with his Temple du goût, an attack on contemporary French literature, resulted in Voltaire's banishment for a while from Paris. He therefore fitted out a retreat, with his companion, Madame du Châtelet, at Cirey, on the borders of Champagne and Lorraine.

Following Madame du Châtelet's death in 1749, Voltaire accepted the offer of Frederick the Great to reside at his court in Potsdam. The relationship soon deteriorated, however; after publishing his libelous pamphlet, Diatribe du Docteur Akakia, against Maupertuis, President of the Berlin Academy, Voltaire was arrested but soon released. In 1753, he took to wandering for some years. In 1758, Voltaire purchased a house at Ferney (on the Swiss border, outside Geneva), where he lived with his niece, Madame Denis.

Voltaire's work from this time on became even more outspoken. His poem on the Lisbon earthquake (1755), which opens this volume, is a scathing denunciation of philosophical optimism, which sees all events as willed by God and as the condition of a higher good. This theme would be developed further in what is arguably Voltaire's greatest work, Candide (1759). Voltaire distinguished himself not only as a poet, dramatist, novelist, philosopher, and historian (for his Siecle de Louis XIV), but also as a champion of freethought who courageously came to the aid of the victims of religious persecution and fanaticism. While he called himself a theist and espoused a belief in a Prime Mover of the universe, Voltaire rejected special providence, miracles, and divine revelation. He rejected as well personal immortality: human beings are, he says, "machines made like all other animals" and subject to the same immutable laws. Voltaire's creed was a natural religion reducible to a morality whose enlightened goals were justice and an unflinching devotion to truth. Voltaire's famous phrase, Écrasez l'infâme, or "Crush the infamous one," would be his war cry against "persecuting and privileged orthodoxy" in general.

Voltaire's house at Ferney became the focal point of many of the most celebrated men of Europe. In 1778, Voltaire, now inter­nationally famous, returned to Paris, after a twenty-five-year absence, for the first performance of his play Irene. There he died, in his eighty-fourth year, on May 30, 1778.

Schreiben Sie eine Bewertung für: A Treatise on Toleration and Other Essays