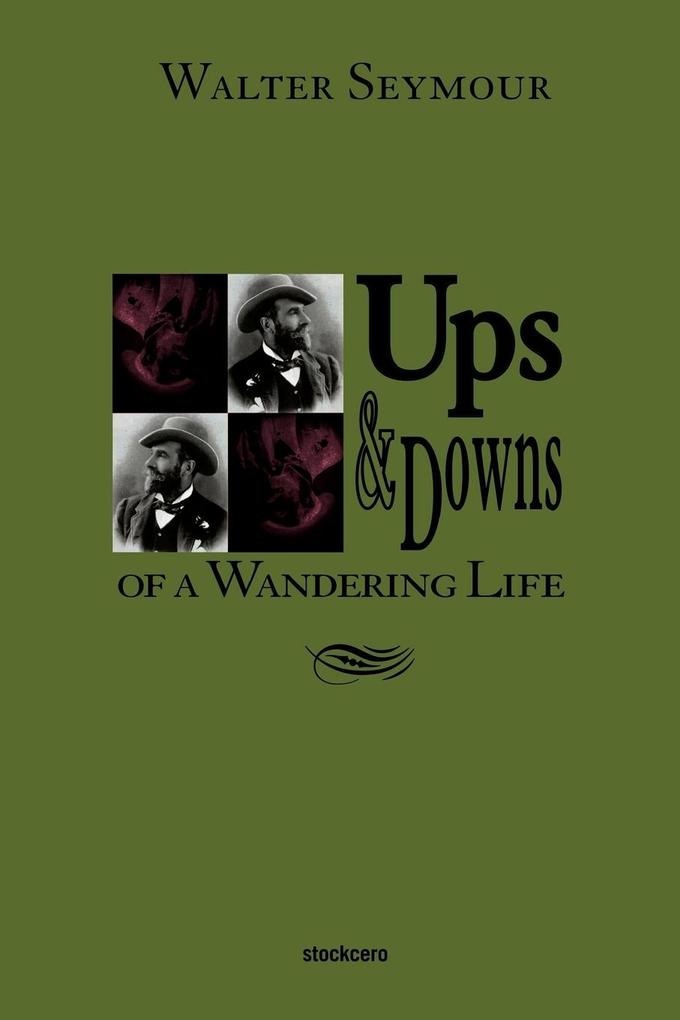 Ups & Downs of a Wandering Life

von Walter Seymour
Paperback. Sprache: Englisch.
Taschenbuch
Walter Seymour's polished and accurate prose is full of sharp and witty remarks that make him a perfect example of the travelling gentleman of the Victorian era, a sort of real life Phileas Fogg whose hand does not tremble when writing down impressio … weiterlesen
Geschenk per Mail versenden
Taschenbuch

Walter Seymour's polished and accurate prose is full of sharp and witty remarks that make him a perfect example of the travelling gentleman of the Victorian era, a sort of real life Phileas Fogg whose hand does not tremble when writing down impressions on the ways, manners, morals and South American politics -little has changed since--. Born on the 9th December, 1838, at Kinwarton, in Warwickshire, Walter was one of the five sons of Richard Seymour,a Canon of Worcester in charge of the Rectory. Italy and Palestine, and then Argentine -where his brother was attempting to set as "estanciero" surrounded by the indian's threat- were his first escapades. Back in England, Walter's wandering urges lead to an hilarious stay at Paraguay where "a complication turned up - one of those natural epidemics in South America, a revolution". Venezuela, Portugal, Spain, mingle with socialite stints at Dinard (France),escapades to Italy and Egipt and even a long stay at the US rubbing elbows at Bar Harbor with none less than Mr Pulitzer himself, who when once at London "wanted some Englishman to come with him." "...My experiences of life in South American republics have shown me that a republican government means a scramble for power, and for the money that clings to that power. In the Argentine tranquillity and turmoil - called revolution - are alternative states of government... ...The population of the Southern Republics was drawn from countries almost despotically governed, so anarchy and despotism were the natural alternate outcome. The United States Republic so far does not acknowledge the Divine right of revolution. They had a serious attempt at it, but since it failed they have not repeated it...." Ups & Downs is a "must" reading to render the latest Latin American events into proper perspective, with a pinch of old victorian salt.

Walter Seymour, one of the five sons of Richard Seymour and Frances Smith, was born on the 9th December, 1838, at Kinwarton, in Warwickshire, where his father, a Canon of Worcester, was Rector.
Rev. Seymour had come to Kinwarton as a serious and godly young man of evangelical outlook at the very time when the Catholic influence of the Oxford Movement, also known as the Tractarian movement, was starting to have an effect across the parishes.
Frances Seymour, born in 1804 at Marylebone, had first met Richard in 1832 while she was living at Mapledurham House, near Reading. Richard's diary (a copy of which is preserved at Warwick County Record Office) records his courtship, proposal and marriage and the appointment to his first living at Kinwarton.
Richard and Fanny raised a large family at the Rectory. The 1851 census records three daughters and five sons aged between eleven months and fourteen years, with a curate, a governess and seven other servants in the household. Fanny died on 27 April,1871. Richard retired from the parish in 1877 and died in 1880 being buried with his wife in Kinwarton churchyard.
Of the five sons, two travelled to South America. The eldest, Richard Arthur Seymour , wrote "Pioneering in the Pampas" an interesting racconto of his efforts to become a country esquire in the middle of a savage land. Walter Seymour, more mundane, wrote Ups and Downs of a Wandering Life, a most suitable title for the amusing biography of a predictable outcome of strict Victorian upbringing that led him to study at Christ Church, hold a seat in the office of the Surveyor of the Navy -now called the Controller-, in Whitehall, ask to be transferred to the office of the Secretary of the Admiralty and later on to act as junior accountant of the House of Commons, before resigning to lead an adventurous life.