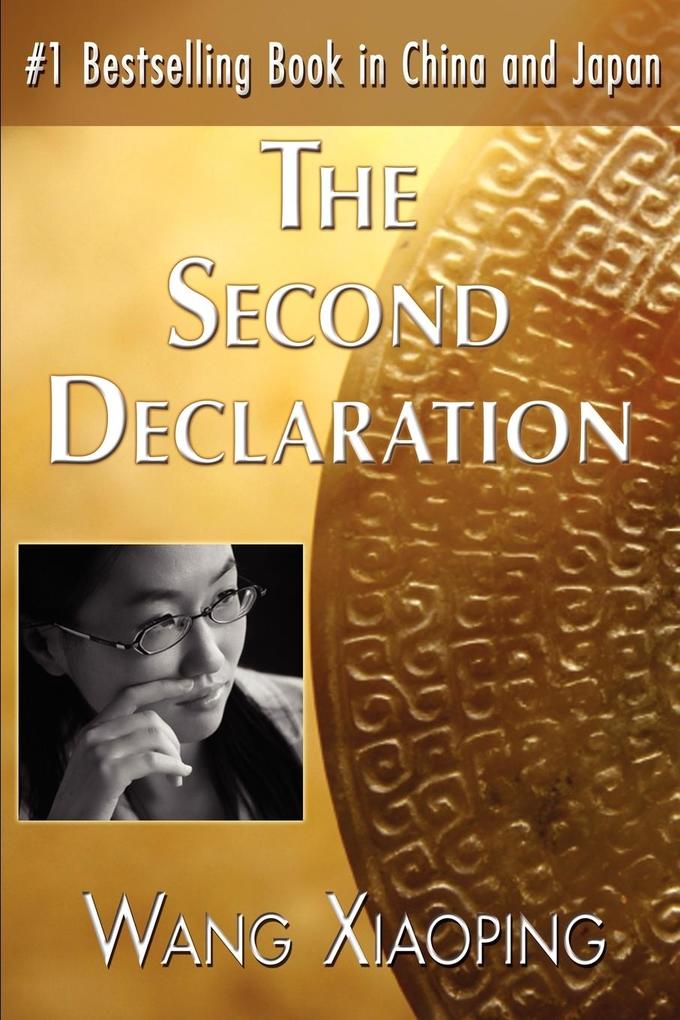 #1 BEST-SELLER IN CHINA AND JAPAN ~~~~~ Category: FUTUROLOGY ~~~~~ The Second Declaration opens with a fascinating "Chinese Dream", and turns it into the common dream of all mankind. Absolutely original, with vivid style, verve, imagination and sharp view points, The Second Declaration is a fascinating vision of future economies, the development trends of future cultures, and the development trends of future mankind. This book is overly stuffed with information covering high technological, anthropological, esthetic, literary, economic, political and scientific histories of the orient and occident all of which allows you to enjoy "a luxurious feast of wisdom and knowledge". Peter Drucker, Father of Modern Management said: "The next information revolution is not a revolution in technology, machinery, techniques, software, or speed; it is a revolution in CONCEPTS." The Second Declaration ignites this revolution. It elucidates the truth that the future determines the present. Today, in an era characterized by unprecedented changes, it is absolutely essential that everyone learn how to understand the future, cope with the future and manage the future. The Second Declaration teaches us how. ~~~~~ Wang Xiaoping, an author of best sellers, a scholar-typed orator and thinker, dubbed Talented Girl , World-Shocking Genius , Goddess of Wisdom by China s national press, is all of 24 years old.

At age 15, endowed with photographic memory, she finished 70 points above the top student of her class then dropped out of school as it interfered with her self-taught internet time. Four months later, she wrote her first great work Dacheng Success Theory.

All her books have been listed as best sellers in China: Dacheng Success Theory, Ability Panic, The Second Declaration, etc., and all have won wide recognition from every corner of the academic and political industries.

She claims that she not only writes books, but has established her own ideology, and fully intends to be a practitioner of her thought . She has founded Beijing Dacheng Research Institute of Education and Science , which seeks to integrate Dacheng wisdom into world education systems.

Her books, ideas and actions have inspired millions of people and rallied government agencies, philanthropists and entrepreneurs to dedicate million of Yuan in support of the Hehui Dacheng undertaking sponsored by her institute.

Today, we do not lack doctors, but lack thinkers who can really guide the direction of advance of mankind. I wish to be such a thinker. ~Wang Xiaoping

The Second Declaration is the first of her works released in English.
~~~~ "A wise girl thinks wisely, utters her wisdom, shows her wise concern for mankind and displays her great talent." ----- Zhang Liwen, Principal Tutor of Ph.D candidates, Renmin University President of Confucius Research Institute ~~~~~ "The impact of this book on mankind and the future world will outclass all the past literature on futurology." ---- Zhong Peizhang Former Director General of Information for China Department of the CPC Central Committee ~~~~ "Reading The Second Declaration is not merely "getting food for thought" but also getting great joy, wealth, longevity and wisdom." -----Xu Guotai, Foremost authority in Innovative Thinking. Dubbed: The Devil of Thinking in China