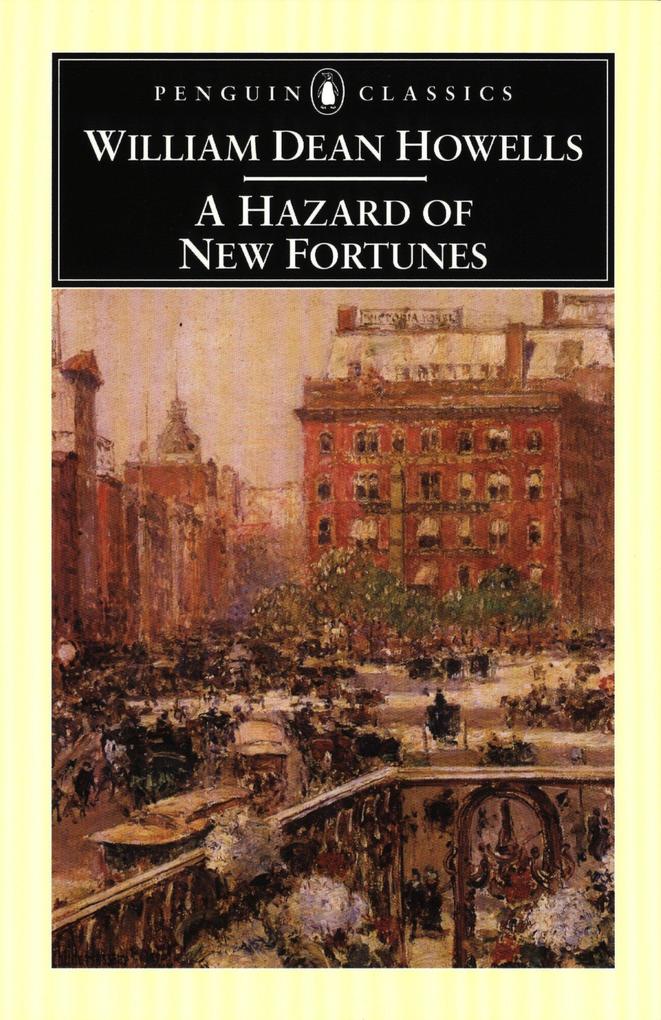 A Hazard of New Fortunes

Set against a vividly depicted background of fin de siécle New York, this novel centers on the conflict between a self-made millionaire and a fervent social revolutionary-a conflict in which a man of goodwill futilely attempts to act as a mediator, only to be forced himself into a crisis of conscience. Here we see William Dean Howells's grasp of the realities of the American experience in an age of emerging social struggle. His absolute determination to fairly represent every point of view is evident throughout this multifaceted work. Both a memorable portrait of an era and a profoundly moving study of human relationships, A Hazard of New Fortunes fully justifies Alfred Kazin's ranking of Howells as "the first great domestic novelist of American life."

William Dean Howells (1837-1920) was born in Martins Ferry, Ohio. His father was a printer and newspaperman, and the family moved from town to town. Howells went to school where he could. As a boy he began learning the printer's skill. By the time he was in his teens he was setting type for his own verse. Between 1856 and 1861 he worked as a reporter for the Ohio State Journal. About this time his poems began to appear in the Atlantic Monthly. His campaign biography of Abraham Lincoln, compiled in 1860, prompted the administration to offer him the consulship at Venice, a post he held from 1861 to 1865. He married Elinor Gertrude Meade, a young woman from Vermont, in 1862 Paris. On his return to the United States in 1865, Howells worked in New York before going to Boston as assistant to James T. Fields of The Atlantic Monthly. In 1871 he became editor-in-chief of the magazine. In this position he worked with many young writers, among them Mark Twain and Henry James, both of whom became his close friends. His first novel, Their Wedding Journey, appeared in 1872. The Rise of Silas Lapham was serialized in Century Magazine before it was published in book form in 1885. A Hazard of New Fortunes was published five years later. His position as critic, writer, and enthusiastic exponent of the new realism earned William Dean Howells the respected title of Dean of American Letters.