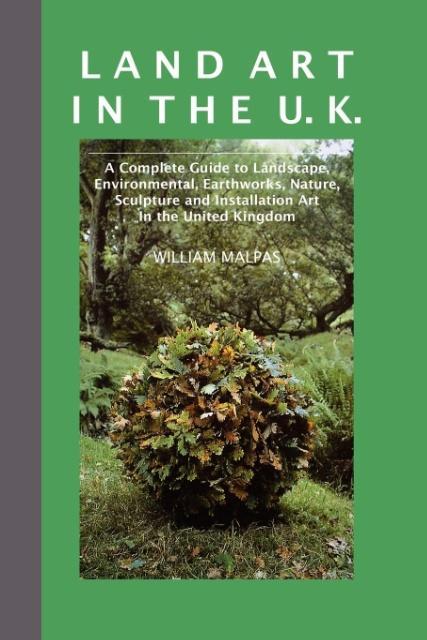 Land Art in the U.K.


A new book on land art in Great Britain. There are chapters on land artists such as Chris Drury, Hamish Fulton, David Nash, Richard Long and Andy Goldsworthy. All of the major practitioners of land and env … weiterlesen

LAND ART IN THE U.K.


A new book on land art in Great Britain. There are chapters on land artists such as Chris Drury, Hamish Fulton, David Nash, Richard Long and Andy Goldsworthy. All of the major practitioners of land and environmental art in the U.K. are discussed.

One wonders whether Andy Goldsworthy would like to work in snow and ice more than in any other medium. In temperate snowlands one feels Goldsworthy is very much at home. Snow has all the right sorts of qualities Goldsworthy looks for in a material: it is malleable, it melts and changes, its whiteness makes for good, contrasty imagery photographically, and it seasonally alters the landscape, and later dissolves into it.

In Goldsworthy's snowworks one senses also the sheer fun working with snow. For people in most of Britain, snow is not a occurrence each year, as it is in, say, Northern Russia or Alaska. Snow can be an exciting event (but British adults usually gripe it). Snow was a perennial delight and 'shock' for Goldsworthy. In Midsummer Snowballs he wrote that '[e]ven in winter each snowfall is a shock, unpredictable and unexpected.'

Goldsworthy retained the child-like enjoyment of snow falling in Britain throughout his life. While much of the U.K. grinds to a halt at the sight of a snowflake, Goldsworthy has the child's joy when it snows (school's cancelled, snowball fights, ice skating, sledging, and making snowmen and snowballs).

Andy Goldsworthy speaks in wonder and awe of 'the effect, the excitement' of the first snowfall. Some of this excitement comes across in Goldsworthy's snowworks. He has made, for example, patterns in the snow by rolling a snowball around a field, exactly as kids do when it snows (1982 and 1987).

Some of Goldsworthy's earliest works with snow were large snowballs. In some of these early snow pieces, Goldsworthy placed snowballs in areas such as woods and fields which didn't have any snow, so the snowballs stood out in the trees and grass (as in Ilkley, Yorkshire, 1981).