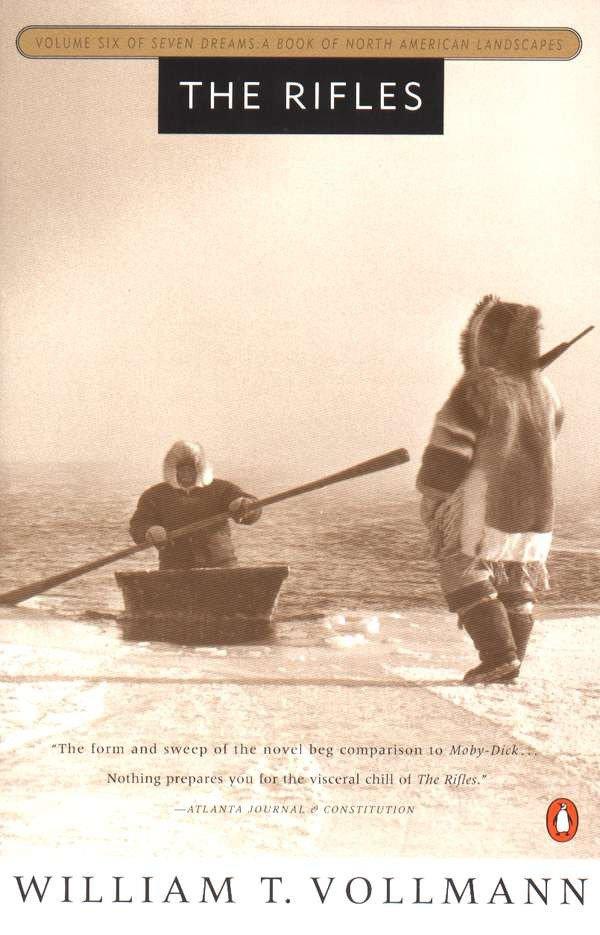 The Rifles: Volume Six of Seven Dreams: A Book of North American Landscapes

Vaulting through time to another flashpoint in the long struggle between Indians and Europeans, William T. … weiterlesen

The story of John Franklin's doomed 1845 attempt to discover a Northwest Passage, from the National Book Award-winning author of Europe Central

Vaulting through time to another flashpoint in the long struggle between Indians and Europeans, William T. Vollmann's visionary fictional history now focuses on the white explorers of the mid-1800s, desperately dreaming of forging a Northwest Passage. As Sir John Franklin embarks on his fourth Arctic voyage, he defies the warnings of the native people, and his journey ends in ice and death. But his spirit lingers in the Canadian north, where 150 years later, in 1990, Inuit elders dream of long-gone seal-hunting days and teenagers sniff gasoline. And when a white man seduces and leaves pregnant a young Indian woman, he becomes Franklin reincarnated, bound for the same fate. Vollmann's vivid characters and landscapes weave together the stories of the past and present to live out America's ongoing tragedy of greed, ignorance, and violence.

William T. Vollmann is the author of ten novels, including Europe Central, which won the National Book Award. He has also written four collections of stories, including The Atlas, which won the PEN Center USA West Award for Fiction, a memoir, and six works of nonfiction, including Rising Up and Rising Down and Imperial, both of which were finalists for the National Book Critics Circle Award. He is the recipient of a Whiting Writers Award and the Strauss Living Award from the American Academy of Arts and Letters. His journalism and fiction have been published in The New Yorker, Harpers, Esquire, Granta, and many other publications.