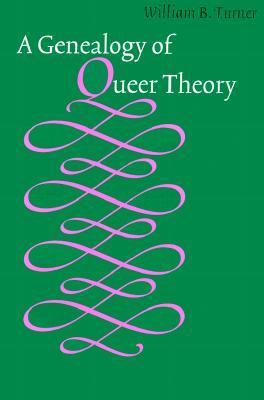 A Genealogy of Queer Theory

von William Turner
Sprache: Englisch.
Taschenbuch
Who are queers and what do they want? Could it be that we are all queers? Beginning with such questions, William B. Turner's lucid and engaging book traces the roots of queer theory to the growing awareness that few of us precisely fit standard categ … weiterlesen
Geschenk per Mail versenden
Taschenbuch

Who are queers and what do they want? Could it be that we are all queers? Beginning with such questions, William B. Turner's lucid and engaging book traces the roots of queer theory to the growing awareness that few of us precisely fit standard categories for sexual and gender identity.Turner shows how Michel Foucault's work contributed to feminists' investigations into the ways that power relates to identity. In the last decades of the twentieth century, feminists were the first to challenge the assumption that a claim to universal identity -- the white male citizen -- should serve as the foundation of political thought and action. Difference matters. Race, ethnicity, class, gender, and sexuality interact, producing a wide array of identities that resist rigid definition and are mutable. By understanding the notion of transhistorical categories -- woman, man, homosexual, and so forth -- feminist and gay male scholars launched queer theoretical work as a new way to think about the politics of gender and sexuality.A Genealogy of Queer Theory probes the fierce debates among scholars and activists, weighing the charges that queer readings of texts and identity politics do not constitute and might inhibit radical social change. Written by a historian, it considers the implications of queer theory for historical inquiry and the distinction between philosophy and history. As such, the book will interest readers of gay/lesbian/bisexual/transgender studies, intellectual history, political theory, and the history of gender/sexuality.

Series Foreword - Robert Dawidoff Acknowledgments Introduction: The Proliferation of Queers 1. Foucault Didn't Know What He Was Doing, and Neither Do I 2. I Am the Very Model of the Modern Homosexual: Gay Male Historians and the History of Sexuality 3. Gender Difference: Feminist Scholars on the Truth of Gender and Sexuality 4. Shrinking History: Queer Theory, Psychoanalysis, and Genealogy 5. A Georgia Sodomite in King Henry's Court: The Rhetorical History of "Homosexuality" in Law and Politics Conclusion: On the Cost of Telling the Truth Notes Bibliography Index

"A Genealogy of Queer Theory is a lucid intellectual history of queer theory and its relationship with queer history. Putting Foucault at the center, Turner provides a valuable guide to the twists and turns of queer theory, analyzing the work of a wide range of scholars who have revolutionized the way we think about the queer past, queer identity, and queer politics." --Leila J. Rupp, Ohio State University, author of A Desired Past: A Short History of Same-Sex Love in America "This provocative, accessible introduction to the controversial field of 'queer theory' illuminates, engages, and edifies. Readers across the academic disciplines, and throughout a diversity of activist locations, will find points of entry, lucid guideposts, and questions of clear significance here." --Lisa Duggan, author of Sapphic Slashers: Sex, Violence and American Modernity "Turner draws greatly from feminist scholars and Foucault to challenge the presumption of an unfolding rationality that places scientific discourses at a remove from politics, and instead analyzes them in political practice." --Choice