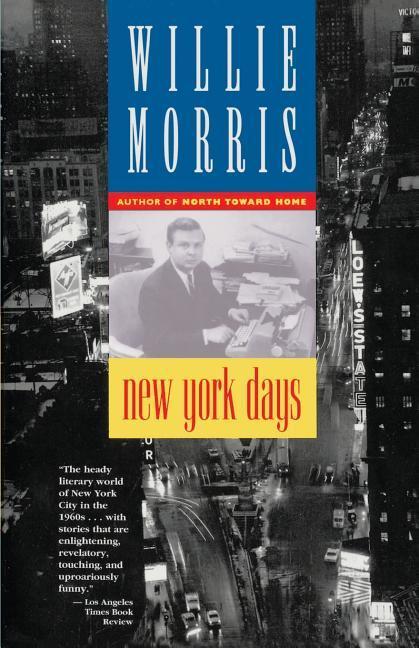 In New York Days, the long-awaited sequel to the prize-winning North Toward Home, Willie Morris recalls his triumphant, exciting, and ultimately devastating years as the youngest ever editor-in-chief of Harper's, America's oldest magazine, when he was at the center of the nation's stunning cosmos of writing, publishing, politics, and the arts. It was the 1960s, when New York City was a place "throbbing with possibility" and "in which everyone seemed to know everyone else and where everything of importance seemed to happen first". These were Willie Morris's New York days - with William Styron, David Halberstam, Woody Allen, Bobby Kennedy, Truman Capote, Shirley MacLaine, George Plimpton, Leonard Bernstein, and the other leading figures of the time. For he knew them all: the writers, the poets, the intellectuals, the editors, the actresses, the tycoons, the detectives, the athletes, and not a few fakirs and charlatans. He wined with Sinatra at the Players Club and eavesdropped in the trattorias on the Mob; sat next to DiMaggio in the Garden ringside seats and spent evenings at Elaine's. And during the day, Morris worked to transform Harper's from an uninspired literary magazine to its apex as the groundbreaking political and cultural voice of the '60s, until the editorial rift and the mass resignations of 1971 - possibly the most notable dispute in American publishing history. New York Days is a portrait of an era, but it is also a poignant, deeply personal yet universal story of a man's life: a man who attains everything he has ever hoped for only to realize that what he has sacrificed is even greater. For in the process of reaching the pinnacle of his career, Morris also experiencedprofound loss: the dissolution of his marriage and the breakdown of the magazine as he helped create it. Now, from a vantage point of more than twenty years and a thousand miles, Morris asks his younger self: "Where on earth, fast-moving boy, are you going now?" And what, if a