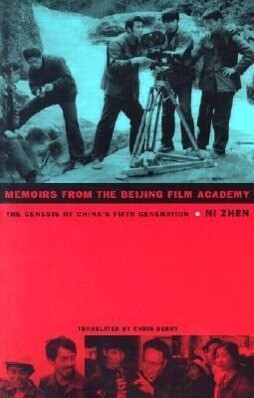 Memoirs from the Beijing Film Academy

Presents for the first time in English and in-depth account of the origins of China's famous "Fifth Generation" of filmmakers.

Ni Zhen is a consultant to the Shanghai Film & TV Company and Visiting Professor at the Shanghai Theater Academy. He was Professor of Art Direction and Professor of Film Theory at the Beijing Film Academy, where he taught from 1980 to 2000. He has written screenplays for films including "Raise the Red Lantern" and "Blush."Chris Berry is Associate Professor in the Program in Film Studies and the Department of Theater, Dance, and Performance Studies at the University of California, Berkeley.