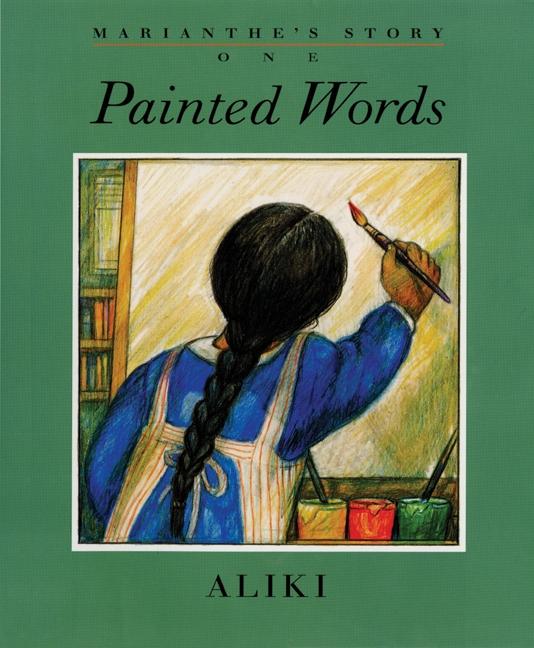 Bestselling and award-winning author-illustrator Aliki's semi-autobiographical picture book features two interconnected stories about immigration, friendship, and finding your voice.
Kirkus called this acclaimed and timely book "vivid and exquisitely emotional.”
Aliki's acclaimed picture book follows Marianthe, a Greek girl who doesn't understand English, as she starts school in the United States. In Part I, "Painted Words,” Marianthe is frustrated about being unable to communicate with her peers. Her teacher encourages her to paint her words, and little by little she finds ways to share her story with her classmates.
In Part II, "Spoken Memories,” Marianthe tells her class about her life in Greece, how her Papa left for a better job in America, and how she and her family eventually came to join him.
Based on Aliki's own experience as a schoolgirl in Philadelphia, this is an essential, timely, and relevant American immigration story. With appealing, accessible art and a universal message, Marianthe's Story is sure to resonate with children and educators alike.
The Bulletin of the Center for Children's Books said, "Few picture books have captured [the immigrant experience] with such well-crafted and telling simplicity.”

With more than 60 fiction and nonfiction titles for children to her credit, Aliki has been delighting her many fans since her first book was published in 1960. Born in New Jersey, she now lives in New York City.
Aliki's books for young readers include the Let's-Read-and-Find-Out titles Digging Up Dinosaurs, Fossils Tell of Long Ago, My Feet, and My Hands. Other nonfiction books by Aliki include How a Book Is Made, Mummies Made in Egypt, My Visit to the Aquarium, My Visit to the Dinosaurs, My Visit to the Zoo, Wild and Woolly Mammoths, and William Shakespeare & the Globe.