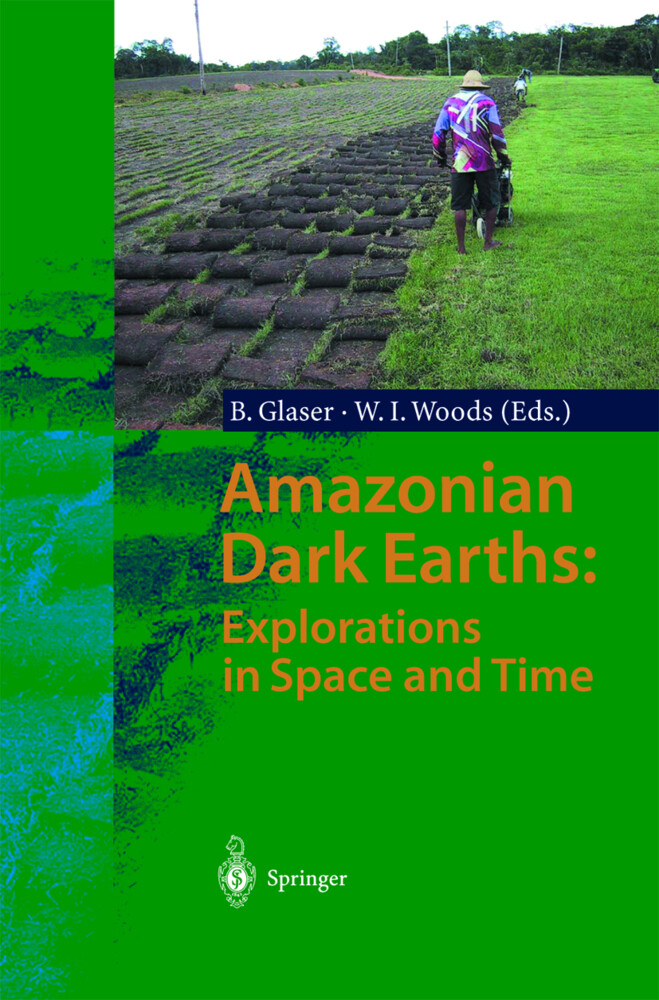 Auflage 2004. HC runder Rücken kaschiert. Sprache: Englisch.
Buch (gebunden)
The idea for the volume first came about through a conversation the editors had at the Sustainable Management of Soil Organic Matter Conference in Edinburgh in September 1999. It developed with two symposia on Amazonian dark earths that were held in … weiterlesen
Geschenk per Mail versenden
Buch (gebunden)

The idea for the volume first came about through a conversation the editors had at the Sustainable Management of Soil Organic Matter Conference in Edinburgh in September 1999. It developed with two symposia on Amazonian dark earths that were held in 2001 in conjunction with the Conference ofLatin Americanist Geographers in Benicassim, Spain, and the Congress of the Brazi­ lian Archaeological Society in Rio de Janeiro, Brazil, respectively, and culmi­ nated at the First International Workshop on Terra Preta Soils held in Manaus and Santarem, Brazil, in July 2002. As a comprehensive treatment of these dis­ tinctive anthropogenic soils has never been published, we decided to select papers from these symposia and develop an edited volume. The result con­ tains the efforts of an international group of distinguished scholars from the disciplines of anthropology, archaeology, biology, geography, and soil science. The 15 chapters of this volume provide an array of interesting and comple­ mentary interpretative stances developed from a diverse body of investigative methodologies. The readerwill note that there are some inconsistencies inter­ minology and differences in interpretation among the chapter presentations. However, the editors purposely allowed these to remain and retained as much as possible of the authors' own words, since we feit that it was important to maintain the flavor of the symposium atmosphere in this volume and conse­ quently did not intentionally force standardization upon the authors.

Dr. Bruno Glaser is Assistant Professor at the Institute of Soil Science and Soil Geography at the University of Bayreuth. For over seven years he has been conducting Amazonian dark earth research from a soil science perspective including soil fertility, sustainability, and archaeology aspects.Dr. William Woods is Professor in the Department of Geography and Director of the Archaeology Program at Southern Illinois University Edwardsville. For over thirty years he has been conducting prehistoric and historic settlement-subsistence research in the eastern United States, Latin America, and Europe.

From the reviews:
"Concern for the environmental health of Amazonia is at the forefront of current international environmental issues. ... Even more uncommonly discussed is the existence of 'dark earths,' the subject of this book. ... Coverage ranges from a review of the literature to discussion of appropriate methodology. ... the book is well written and an excellent resource on this topic. ... it will be valuable for all academic libraries and useful to a wide range of readers in natural resources and even in anthropology. Summing Up: Recommended." (M.G. Messina, CHOICE, Vol. 42 (5), January, 2005)