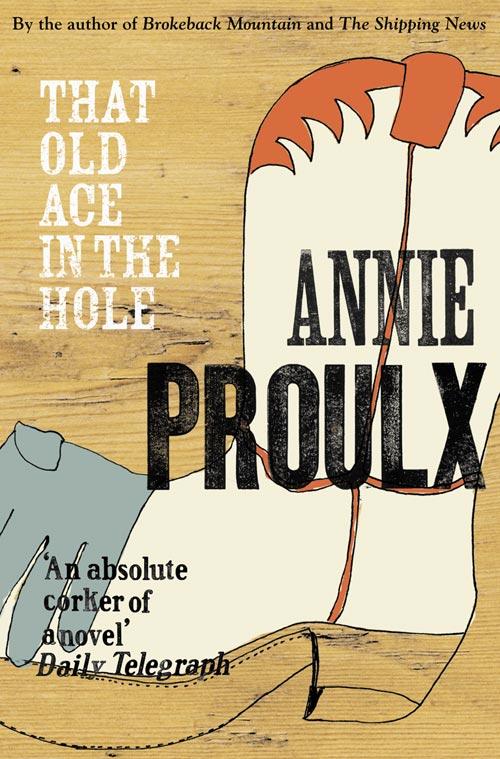 That Old Ace in the Hole

Titel: That Old Ace in the Hole
Autor/en: Annie Proulx

A brilliant novel from Pulitzer Prize-winning Annie Proulx, author of 'The Shipping News' and 'Brokeback Mountain'.

Annie Proulx published her first novel 'Postcards' in 1991 at the age of 56. 'The Shipping News' won the Pulitzer Prize for Fiction, the National Book Award and the Irish Times International Prize. Her third novel, 'Accordion Crimes', was published in 1996. She is also the author of three short-story collections, 'Heart Songs' (1994), 'Close Range' (1999) and 'Bad Dirt' (2004). 'Brokeback Mountain' was made into an Oscar-winning film in 2005. 'Fine Just the Way It Is', her third collection of Wyoming short stories, is published in 2008.

'Sometimes the laughs are prompted by joyously well-jointed plot devices, or by Proulx's small, absurd observations. As often as not, the humour comes from the unmistakable edginess and quirkiness of Proulx's prose. It is hard to think of any living writer who deserves to be mentioned in the same breath as Dickens, with the exception of Proulx.' A N Wilson, New Statesman 'Proulx's own ace in the hole is her brilliance at evoking place and landscape. She sets about drawing the vast distances and parched flatlands of Texas with almost immeasurable skill.' Alex Clark, Guardian 'The travels and travails of Bob Dollar, and his habit of asking garrlous locals to tell stories about the old days, allow her to build up a rich and many-layered portrait of the region. The reader gets to pluck the fruits of all that research and through the magic of her prose become engrossed in subjects like windmill repairs and the history of barbed wire.' Richard Grant, Telegraph Magazine 'A kind-hearted and intelligent novel.' Daily Telegraph 'Proulx has a first class eye and ear.' Adam Mars-Jones, Observer 'Brilliantly written.' Peter Kemp, Sunday Times