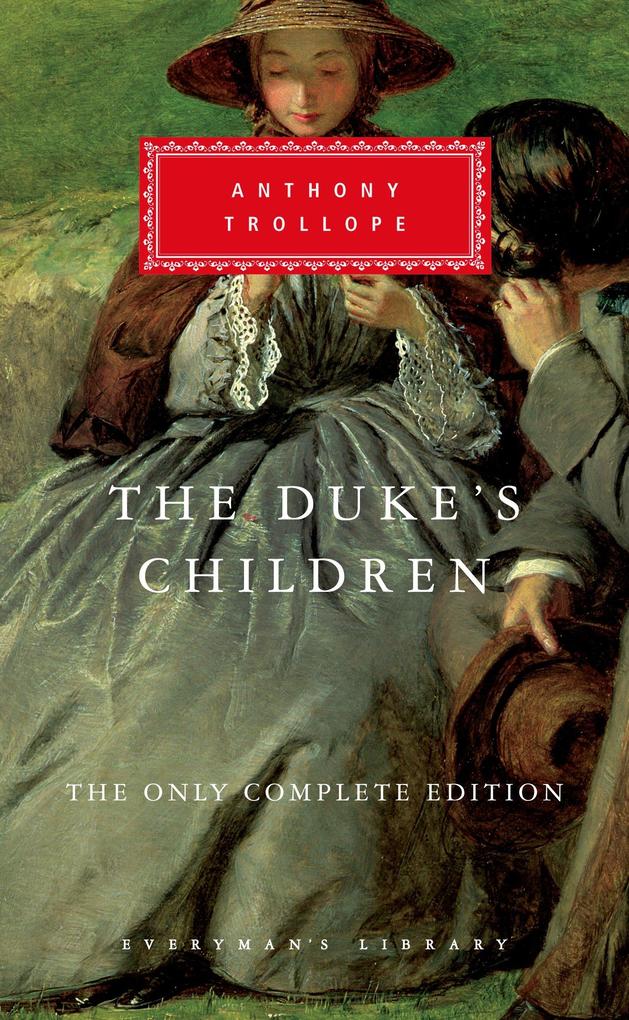 The Duke's Children: The Only Complete Edition

von Anthony Trollope
Sprache: Englisch.
Buch (gebunden)
Newly restored from the original manuscript and more than a quarter longer than existing editions: one of the finest novels from one of the greatest English novelists is finally available in the form he intended.

Newly restored from the original manuscript and more than a quarter longer than existing editions: one of the finest novels from one of the greatest English novelists is finally available in the form he intended.

Trollope wrote The Duke's Children, his final Palliser novel, as a four-volume work but was required by his publisher to reduce it to three, necessitating the loss of nearly sixty-five thousand words. A team of researchers led by Steven Amarnick has worked with the manuscript at Yale's Beinecke Library to restore the novel to its original form. The result is richer and more complex, with a subtly different ending, a clearly superior book to the one that has always been published.

Plantagenet Palliser, the Duke of Omnium, has lost both his vivacious wife, Lady Glencora, and his position as prime minister of Great Britain. The bereft duke is left to try to manage his three grown children, whose rebellions take the various forms of gambling debts, university pranks, and unsuitable romantic attachments. But though he fails to understand his offspring, Palliser truly cares for them, and he navigates the clash of generations with a growing awareness of the necessity of compromises, both political and personal. Insightful, entertaining, and compassionate-and now restored to its full glory-The Duke's Children is a fitting conclusion to the epic Palliser series, one of the most remarkable achievements of British fiction.

ANTHONY TROLLOPE (1815-1882) was born in London to a bankrupt barrister father and a mother who, as a well-known writer, supported the family. Trollope enjoyed considerable success both as a novelist and as a senior civil servant in the post office. He published more than forty novels and many short stories that are regarded as among the greatest of nineteenth-century fiction.

MAX EGREMONT is the author of numerous biographies and novels. His biography of the poet Siegfried Sassoon was short-listed for the James Tait Black Memorial Prize. He is a Fellow of the Royal Society of Literature, and lives in Sussex, England.