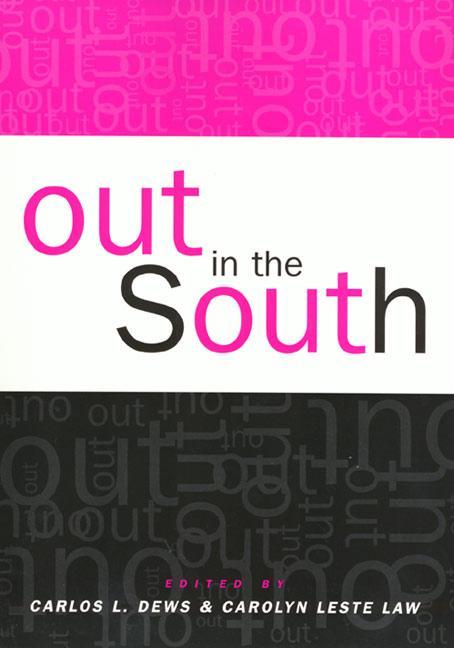 Out In The South

von Carlos Dews
Sprache: Englisch.
Buch (gebunden)
Examines the power of traditional Southern attitudes toward race and religion, and consider the "don't ask, don't tell" attitude about homosexuality in some communities. This title shows how gay culture is thriving in the form of women's festivals, g … weiterlesen
Geschenk per Mail versenden
Buch (gebunden)

Titel: Out In The South
Autor/en: Carlos Dews

Examines the power of traditional Southern attitudes toward race and religion, and consider the "don't ask, don't tell" attitude about homosexuality in some communities. This title shows how gay culture is thriving in the form of women's festivals, gay bars, and unusual networks like that of Asian and Pacific Islanders in Atlanta.

"Out in the South creates an amazing and long awaited dialogue between 'The South' and queer voices, the two estranged stepchildren of academics. In this collection of largely personal essays and oral histories, Dews and Law have gathered a group of writers who break stereotypes from within and without the gay community, and challenge us, once again, to embrace the full complexity of our humanity." --Professor Rebecca Mark, author of The Dragon's Blood: Feminist Intertextuality in Eudora Welty's The Golden Apple " 'We live in the South, that strangest of regions, where pigs once ranged free over the land.' So begins one of the extraordinary pieces of writing found in this collection. Whether sounding a note of wry humor or affirming the ubiquity of the church and religion or naming the interplay of race or evoking the reality of a fearful isolation, these works always convey a quiet bravery born of honest determination to figure out what being southern and gay or lesbian means. The editors speak with searing clarity about why they embark on this venture. They should congratulate themselves on how richly and deeply they fulfilled their original impulses. Out in the South will be of value to anyone who has ever breathed through a southern summer or survived outside the ever-clear boundaries of a region where pigs did indeed range over the land and where kudzu and prejudice still thrive all year round." --Toni A.H. McNaron, Distinguished Teaching Professor of English, University of Minnesota; author of the memoir, I Dwell in Possibility, and author of Poisoned Ivy: Lesbian and Gay Academics Confront Homophobia (Temple) "Out in the South is a hymn of regional reckoning. Editors Dews and Law have assembled a choir of the South's Gay and Lesbian writers, teachers and thinkers who are unafraid to claim the birthright, confront the stereotypes and celebrate the dirt road and downtown in every Southern Queer's search for being and identity. These voices--flat-out, focused and familiar as kin--demand a place in the discussion of heritage, history and home." --Jay Quinn, Editor of Rebel Yell: Stories by Contemporary Southern Gay Writers and author of The Mentor: A Memoir of Friendship and Sexual Identity "Out in the South is a collection of fourteen diverse essays, plus a trenchant introduction and an incendiary afterword by the editors, that illustrate and analyze what it means to be both queer and Southern today. In none of these pieces is the ongoing homophobia, racism, classism, or hypocrisy of the South minimized. The unique value of the volume is that all these things, as well as the inescapable cultural institution of fundamentalist Christianity, are looked at head-on by queer Southerners themselves...Out in the South is unprecedented in its scope, complexity, and daring." --Lambda Book Report

Schreiben Sie eine Bewertung für: Out In The South