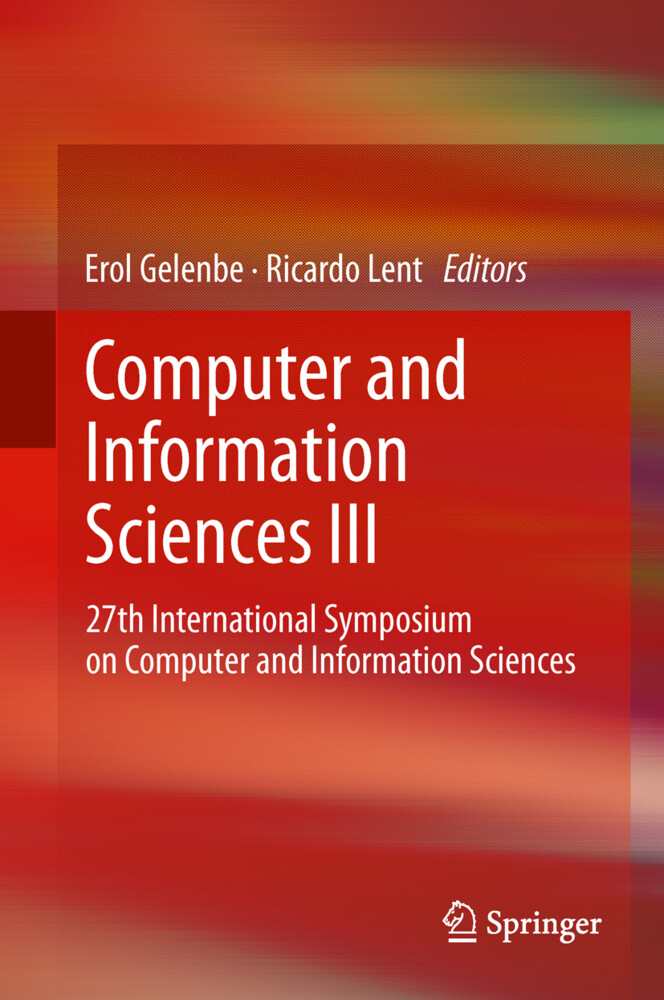 27th International Symposium on Computer and Information Sciences. Auflage 2013. Paperback. Sprache:…
Buch (gebunden)
A collection of papers from ISCIS 27th Annual Symposium. Based on a rigorous selection of worldwide submissions of advanced research papers, this volume includes some of the most recent ideas and technical results in computer systems, computer scienc … weiterlesen
Geschenk per Mail versenden
Buch (gebunden)

A collection of papers from ISCIS 27th Annual Symposium. Based on a rigorous selection of worldwide submissions of advanced research papers, this volume includes some of the most recent ideas and technical results in computer systems, computer science, and computer-communication networks. This book provides the reader with a timely access to the work of vibrant research groups in many different areas of the world where the new frontiers of computing and communications are being created.

Erol Gelenbe is known for impacting the science, engineering and industrial exploitation of the field of computer systems and network performance evaluation and optimization, and for mentoring numerous PhD students and post-doctoral fellows.He currently works on the performance of cyber-physical systems and on the efficient management of energy and Green IT. His work has also directly impacted the development of industrial modeling and simulation tools such as QNAP and FLEXSIM. He was elected a Fellow of IEEE (1986) and of ACM (2001).  In 2008 he won the ACM's SIGMETRICS Life-Time Achievement Award, and the UK's Institution of Engineering and Technology awarded him the Oliver Lodge Medal in 2010. He was awarded honorary degrees from the University of Rome II (Italy), the University of Liege (Belgium) and by Bogazici University (Istanbul, Turkey). He holds the Dennis Gabor Professorship at Imperial College since 2003, and was elected to the Science Academy of Turkey, the Hungarian Academy of Sciences, Academia Europaea and the French National Academy of Engineering.His new research projects for the period 2012-2015 are supported by the UK EPSRC, the EU FP7 Programme, and the UK MoD. The recent ECROPS fundamental research project on very low power and renewable power proposal submitted with colleagues in Spain, Turkey and France was ranked first by the referees of the European CHIST-ERA programme. He will also be coordinating the new EU FP7 Nemesys Project that addresses the security of mobile applications and networks.Dr. Ricardo Lent is a Research Fellow in the Intelligent Systems and Networks Group at Imperial College London. He holds a Ph.D. and M.Sc. in Computer Science from the University of Central Florida, an M.Sc. in Telecommunications from Universidad Nacional de Ingenieria and a B.Sc. in Electronic Engineering from Universidad Ricardo Palma. His prior experience includes work as a Principal Network Engineer for industry and as a Visiting Assistant Professor at the University of Central Florida. His research interests include networking and distributed computing, with emphasis on mobile and pervasive communications, such as mobile ad hoc networks, wireless sensor networks, virtualization and cloud computing, and self-aware networks. Dr. Lent's research has been published in top journals and conferences in these areas. He regularly teaches experimental packet network design and performance at the undergraduate and post-graduate level. Dr. Lent has participated in many UK and EU funded research projects as a post-doctoral fellow and as a Co-PI, including UK EPSRC Self-Aware Networks and Quality of Service, UK DIF DTC, EU FP6 CASCADAS, EU FP7 DIESIS, and EU FP7 Fit4Green
Kunden, die diesen Artikel gekauft haben, kauften auch
Schreiben Sie eine Rezension