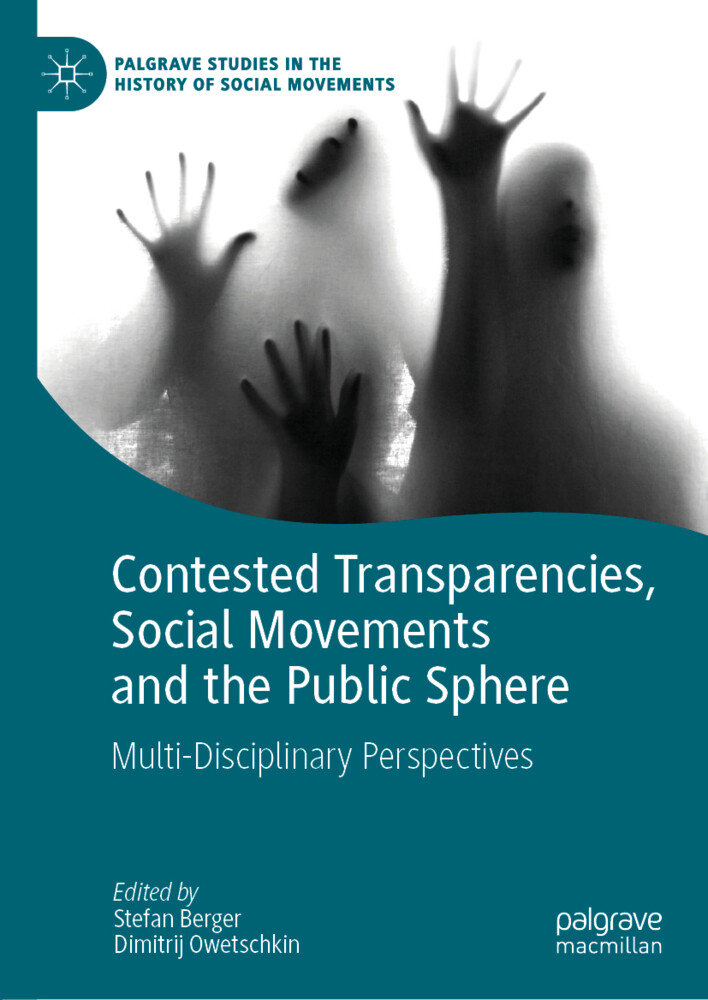 This edited collection examines the multi-faceted phenomenon of transparency, especially in its relation to social movements, from a range of multi-disciplinary viewpoints. Over the past few decades, transparency has become an omnipresent catch phrase in public and scientific debates. The volume tracks developments of ideas and practices of transparency from the eighteenth century to the current day, as well as their semantic, cultural and social preconditions. It connects analyses of the ideological implications of transparency concepts and transparency claims with their impact on the public sphere in general and on social movements in particular. In doing so, the book contributes to a better understanding of social conflicts and power relations in modern societies. The chapters are organized into four parts, covering the concept and ideology of transparency, historical and recent developments of the public sphere and media, the role of the state as an agent of surveillance, and conflicts over transparency and participation connected to social movements.

1 Contested Transparencies - an Introduction - Dimitrij Owetschkin and Stefan Berger.- Part I: Transparency and Ideology: Semantic and Historical Aspects.- 2 Transparency's Trap: Problems of an Unquestioned Norm - Frieder Vogelmann.- 3 The Fly on a Pane of Glass: Paradoxes of Transparency - Manfred Schneider.- 4 Literature, Transparency, Ideology: Functions of Literature in Negotiating Transparency - Jens Martin Gurr.- Part II: Transparency and the Public Sphere.- 5 Communication among Strangers: Concepts of the Public Sphere in American Newspapers of the 18th and Early 19th Century - Friedrich Jaeger.- 6 Journalism and Transparency: A Mass Communications Perspective - Susanne Fengler and Dominik Speck.- Part III: Transparency, State and Surveillance.- 7 Intelligence, Mistrust and Transparency: A Case Study of the German Office for the Protection of the Constitution - Constantin Goschler.- 8 The 'Traube Affair': Transparency as a Legitimation and Action Strategy between Surveillance, Publicity and Privacy - Christopher Kirchberg and Marcel Schmeer.- Part IV: Transparency Conflicts and Social Movements.- 9 Promises of Transparency, Promises of Participation: On the Ambivalent Rhetoric of the Occupy Movement - Martin Butler.- 10 The Dual Nature of Transparency: Corporatization and Democratization of Global Production Networks - Christian Scheper and Sabrina Zajak.- 11 The Role of Transparency in Urban Planning Processes - Jan Polivka and Christa Reicher.-

Stefan Berger is Professor of Social History and Director of the Institute for Social Movements at Ruhr University Bochum, Germany. He is also Executive Chair of the Foundation History of the Ruhr and an Honorary Professor at Cardiff University, UK.


Dimitrij Owetschkin is Permanent Research Fellow at the Institute for Social Movements at Ruhr University Bochum, Germany. His recent publications cover the history of trade unions and social movements, as well as religious and church history after the Second World War.

Buch (gebunden)
The Making of Jewish Revolutionaries in…
von I. Shtakser