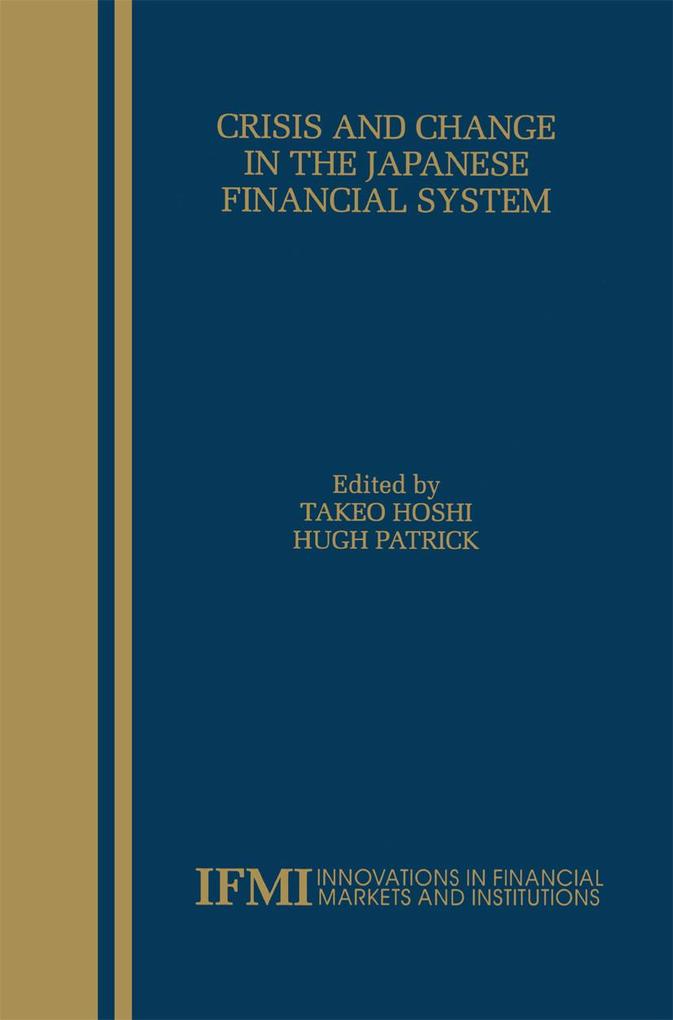 Crisis and Change in the Japanese Financial System

Auflage 2000. HC runder Rücken kaschiert. Sprache: Englisch.
Buch (gebunden)
At the start of the twenty-first century, the Japanese financial system is undergoing a major transformation. This process is spurred by a sense of crisis. Dominated by large institutions, the Japanese banking system has suffered from serious problem … weiterlesen
Geschenk per Mail versenden
Buch (gebunden)

Titel: Crisis and Change in the Japanese Financial System

At the start of the twenty-first century, the Japanese financial system is undergoing a major transformation. This process is spurred by a sense of crisis. Dominated by large institutions, the Japanese banking system has suffered from serious problems with non-performing loans since the early 1990s, when the Japanese stock market and urban real estate market both crashed. Delays in responding to these twin asset bubbles, by both regulatory authorities and the banks themselves, made matters worse and led to a banking crisis in late 1997 and early 1998. Not anticipating this setback, in late 1996 the Japanese government inaugurated its Big Bang of comprehensive financial deregulation designed to complete the process of creating `free, fair, and open financial markets'. Beginning in late 1998 and early 1999 the government finally embarked on a major rehabilitation of the Japanese banking system, including making available some Yen 60 trillion (approximately USD 500 billion) of government funds to recapitalize fifteen major banks, adequately fund the deposit insurance program, and write off the bad loans of nationalized or bankrupted banks. One result of this reform process is that the Ministry of Finance (MOF), which dominated Japanese financial system policy for most of the post-war period, has been stripped of most of its former regulatory powers.
The purpose of this book is to describe, analyze, and evaluate the process that is transforming the Japanese financial system. The chapters address various issues relating to the transition of the Japanese financial system from a bank-centered and relationship-based system to a competitive market-based system. Questions taken up include: Why did Japanese banks get into such serious trouble? Why has the MOF lost its immense power? How will the Big Bang's financial deregulation further change the Japanese financial system, including the huge government financial institutions and postal savings system? What are some of the broader implications of this transition?
The book is divided into three parts: Part I considers the origins of Japan's banking crisis; Part II focuses on five particularly important areas of major actual and potential changes; Part III addresses the effects of the Big Bang, including its potential systemic externalities. Taken together, this book offers an unusually up-to-date, comprehensive and thorough appraisal and evaluation of the profound changes occurring in Japan's financial system.