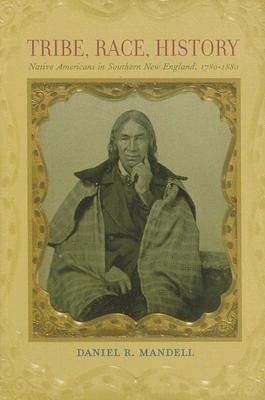 Examines American Indian communities in southern New England between the Revolution and Reconstruction, when Indians lived in the region's socioeconomic margins, moved between semiautonomous communities and towns, and intermarried extensively with blacks and whites. It also looks at the regional developments in class, race, and culture.

Daniel R. Mandell is a professor of history at Truman State University and the author of Behind the Frontier: Indians in Eighteenth-Century Massachusetts.

Outstanding work... The book is filled with gems... Highly recommended. Choice 2008 Mandell has made a very valuable contribution to our understanding of Native American history in a period long overlooked. -- Jenny Pulsipher American Historical Review 2008 A carefully crafted, well-researched book... This review does not do justice to this rich account of the complex interactions of race, ethnicity, class, and gender in the survival of native peoples. -- Thomas D. Hall Journal of American History 2009 Mandell's superb book on a long-neglected subject should affect the way the larger narrative of this era of American history is written. -- Rachel Wheeler Journal of Interdisciplinary History 2009 A wide-ranging, intricately argued, and thoroughly researched book. It is well written and historiographically significant, and Mandell's nineteen-page essay on the source materials a the end of the volume is a boon for scholars. Overall, Mandell has produced an outstanding addition to the field of American Indian history in New England. -- Christopher J. Bilodeau Journal of American Ethnic History 2009 Consummate and exemplary researcher, Daniel Mandell has once again filled some significant gaps in our collective knowledge on the history of New England Native Americans... Very useful to the growing number of historians of this genre for generations to come. It will be a catalyst for many vital discussions and hopefully provoke some very important new research and writing. -- George Price H-SHEAR, H-Net Reviews 2009 This is a book that every scholar of Native Americans should own. The research is deep and thorough. The book makes excellent reading for a senior or honors class or a graduate class. The citations to sources are invaluable Connecticut History 2009 An impressive, timely and thoroughly researched piece of scholarship. Historical Journal of Massachusetts 2009 Mandell carefully reconstructs what the historical records tell us about how these communities adapted to the environments of their non-Native neighbors and states while maintaining regional ties withother Native communities... His detailed recording of these tribes and individuals shows that they did not disappear but were ignored when they no longer fit the new paradigm of 'Indian' shared by most Americans. Massachusetts Historical Review 2010 An ambitious book. -- D. Elliotte Draegor Journal of Social History 2011 Reveals the complex and hitherto poorly understood internal dynamics at play within these communities... an innovative work of cultural history. New England Quarterly 2011