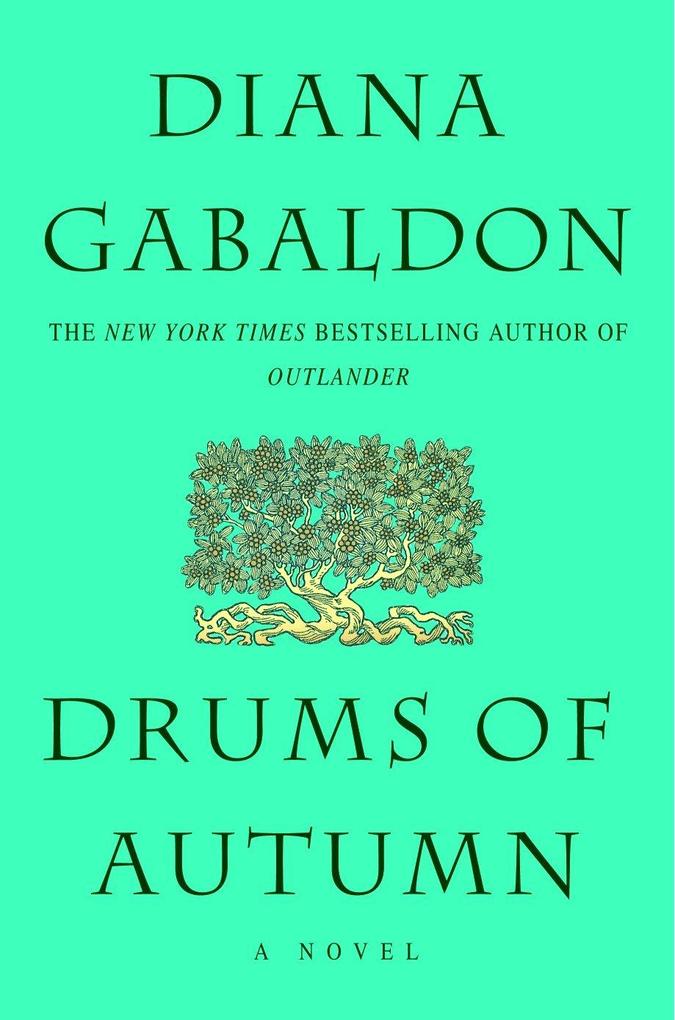 von Diana Gabaldon
Sprache: Englisch.
Buch (gebunden)
In her long awaited new novel, Drums of Autumn, Diana Gabaldon continues the remarkable story of Claire and Jamie Fraser that began with the classic Outlander, and its bestselling sequels, Dragonfly in Amber and Voyager.

In her long awaited new novel, Drums of Autumn, Diana Gabaldon continues the remarkable story of Claire and Jamie Fraser that began with the classic Outlander, and its bestselling sequels, Dragonfly in Amber and Voyager.

Cast ashore in the American colonies, the Frasers are faced with a bleak choice: return to a Scotland fallen into famine and poverty, or seize the risky chance of a new life in the New World—menaced by Claire's certain knowledge of the coming Revolution.

Still, a highlander is born to risk—and so is a time-traveler. Their daughter, Brianna, is safe—they think—on the other side of a dangerous future; their lives are their own to venture as they will. With faith in themselves and in each other, they seek a new beginning among the exiled Scottish Highlanders of the Cape Fear, in the fertile river valleys of the Colony of North Carolina.

Even in the New World, though, the Frasers find their hope of peace threatened from without and within; by the British Crown and by Jamie's aunt, Jocasta MacKenzie, last of the MacKenzies of Leoch.

A hunger for freedom drives Jamie to a Highlander's only true refuge: the mountains. And here at last, with no challenge to their peace—save wild animals, Indians, and the threat of starvation—the Frasers establish a precarious foothold in the wilderness, secure in the knowledge that even war cannot invade their mountain sanctuary.

But history spares no one, and when Brianna follows her mother into the past, not even the mountains can shelter a Highlander. For Brianna too has an urgent quest: not only to find the mother she has lost and the father she has never met, but to save them both from a future that only she can see.

Diana Gabaldon is the #1 New York Times bestselling author of the wildly popular Outlander novels-Outlander, Dragonfly in Amber, Voyager, Drums of Autumn, The Fiery Cross, A Breath of Snow and Ashes (for which she won a Quill Award and the Corine International Book Prize), An Echo in the Bone, and Written in My Own Heart's Blood-as well as a collection of Outlander fiction, Seven Stones to Stand or Fall; the related Lord John Grey books Lord John and the Private Matter, Lord John and the Brotherhood of the Blade, Lord John and the Hand of Devils, and The Scottish Prisoner; two works of nonfiction, The Outlandish Companion, Volumes 1 and 2; the Outlander graphic novel, The Exile; and The Official Outlander Coloring Book. She lives in Scottsdale, Arizona, with her husband.

Buch (gebunden)
An Echo in the Bone
von Diana Gabaldon