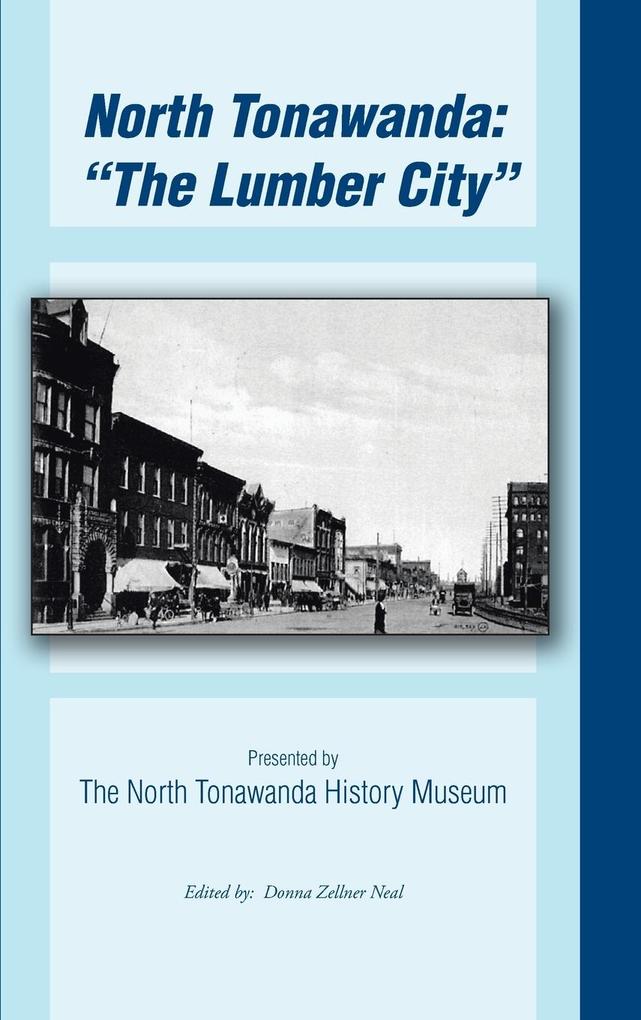 von Donna Zellner Neal
the Lumber City. . HC gerader Rücken kaschiert. Sprache: Englisch.
Buch (gebunden)
"North Tonawanda: The Lumber City" is a "love story finally told," the story of so many thousands upon thousands of individuals, organizations, and businesses that were woven together into the entity North Tonawandans so fondly refer to as just "NT" … weiterlesen
Geschenk per Mail versenden
Buch (gebunden)

"North Tonawanda: The Lumber City" is a "love story finally told," the story of so many thousands upon thousands of individuals, organizations, and businesses that were woven together into the entity North Tonawandans so fondly refer to as just "NT" but which is proud to be the City of North Tonawanda. The book is expected to be the first in a series of full-length books, as requested by area residents and former residents in their contacts with the three year old museum organization.


"North Tonawanda: The Lumber City" has been described by some area historians who have had advance opportunities to read it as a "monumental first effort," and a significant contribution to the city of North Tonawanda, its residents and former residents, and area educational institutions. It is a general overall account of the city's development and shares many stories of the people who were part of the life of the city.


Our hope is that this book will provide its readers with a sense of pride in the city and its past and a renewed hope for its future. We hope the readers will "fall in love all over again" with the essence of North Tonawanda. Our focus in this volume is to excite the reader's curiosity about our local history and stimulate the imagination while presenting a general overview of some of the more readily verifiable events and stories of some of the people who lived and worked in North Tonawanda, both those who were well-known and are remembered and those who are relatively unknown and perhaps even forgotten. Future volumes will offer additional details of the city's history and more stories of the lives of the NT'ers who lived and created our history with their lives. We seek to tell the wonderful story of the people of North Tonawanda, not to create a factual encyclopedic volume. We do not pretend to replace an almanac or encyclopedia or additional personal research.


Our written work is meant to be a general and, we hope, interesting account of how North Tonawanda came to be and is. Our wonderful city was built on and from the lives of people who came here from all over the world and from other parts of our own country to call North Tonawanda their home.


Many churches, schools, industries, businesses, other organizations, families, and individuals have played their own vital roles in the history of North Tonawanda. We do not pretend to include every one in this single volume, saving much for future volumes. We hope with this book to convey local color, and the interplay and interconnections of the lives of those who for generations have called North Tonawanda their home.


The book chronicles the city's general history, the impact of the Erie Canal and railroads on its development, its years as the "Lumber Capital of the World," the lumbermen and companies, industries and the industrialists who made North Tonawanda a known entity around the world with their products, the rich ethnic heritage, and the many wonderful stories of the people who called North Tonawanda home.