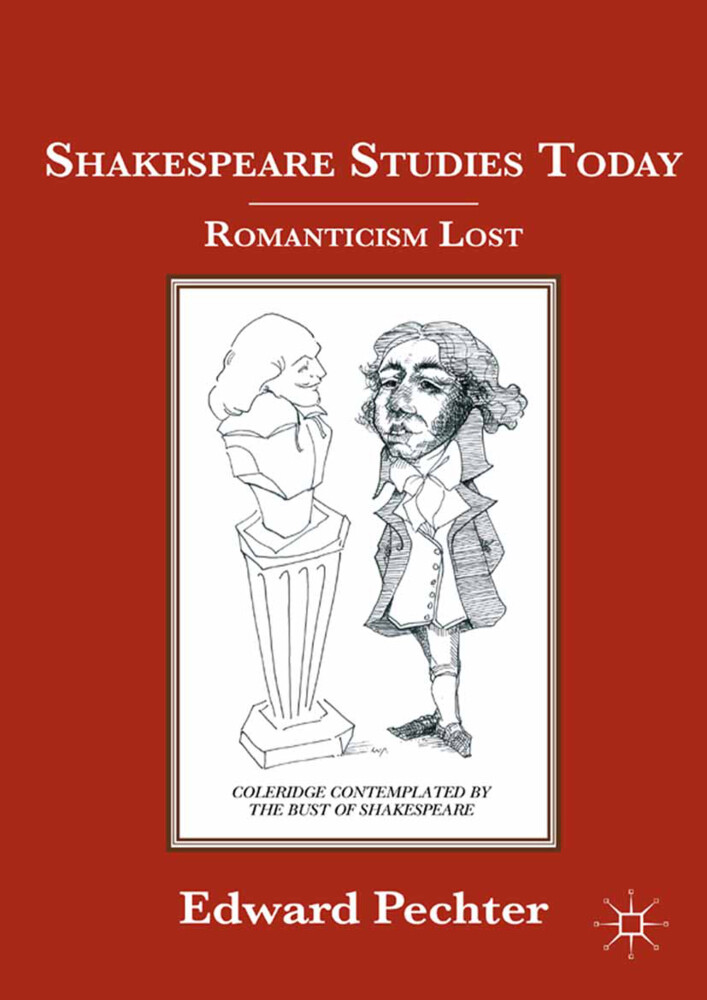 von E. Pechter
Romanticism Lost. 1st ed. 2011. Paperback. Sprache: Englisch.
Buch (gebunden)
The Romantics invented Shakespeare studies, and in losing contact with our origins, we have not been able to develop an adequate alternative foundation on which to build our work. This book asserts that among Shakespeareans at present, the level of c … weiterlesen
Dieser Artikel ist auch verfügbar als:
Geschenk per Mail versenden
Buch (gebunden)

The Romantics invented Shakespeare studies, and in losing contact with our origins, we have not been able to develop an adequate alternative foundation on which to build our work. This book asserts that among Shakespeareans at present, the level of conviction required to sustain a healthy critical practice is problematically if not dangerously low, and the qualities which the Romantics valued in an engagement with Shakespeare are either ignored these days or fundamentally misunderstood.

EDWARD PECHTER Distinguished Professor Emeritus at Concordia University and an Adjunct Professor of English at the University of Victoria, Canada.

"Pechter's story of how the discipline of literary studies has undermined the rationale for its existence by allowing its object to disappear in the solvent of historicist and materialist criticismis at once learned and sadly funny. It should also be dispiriting, but somehow Pechter's enthusiasm for what has been lost generates in us the hope that it may someday be found." - Stanley Fish, Davidson-Kahn Distinguished University Professor of Law and Humanities at Florida International University

"Pechter has provided us with a cogent and highly readable polemic in favor of connecting our understanding of Shakespeare to that of nineteenth-century Romantic criticism, when, Pechter contends, Shakespeare studies were first invented. Only such a move, argues Pechter, can enable us to find our way out of the critical doldrums in which we are currently mired. Without taking sides here in this debate, I can say that I find the book compellingly thoughtful in mounting a challenge that resonates across the whole range of literary study." - David Bevington, Phyllis Fay Horton Distinguished Service Professor Emeritus in the Humanities, University of Chicago

"Toughly argued, wide-ranging,and immensely well-informed, Shakespeare Studies Today offers a salutary and constructive re-examination of the bases from which current Shakespearian criticism and scholarship operate. Standing aside from the fashion for materialist approaches, Pechtermakes a powerful and up-to-datecase for a return to the traditions of Romantic criticism." - Stanley Wells, Chairman of the Shakespeare Birthplace Trust