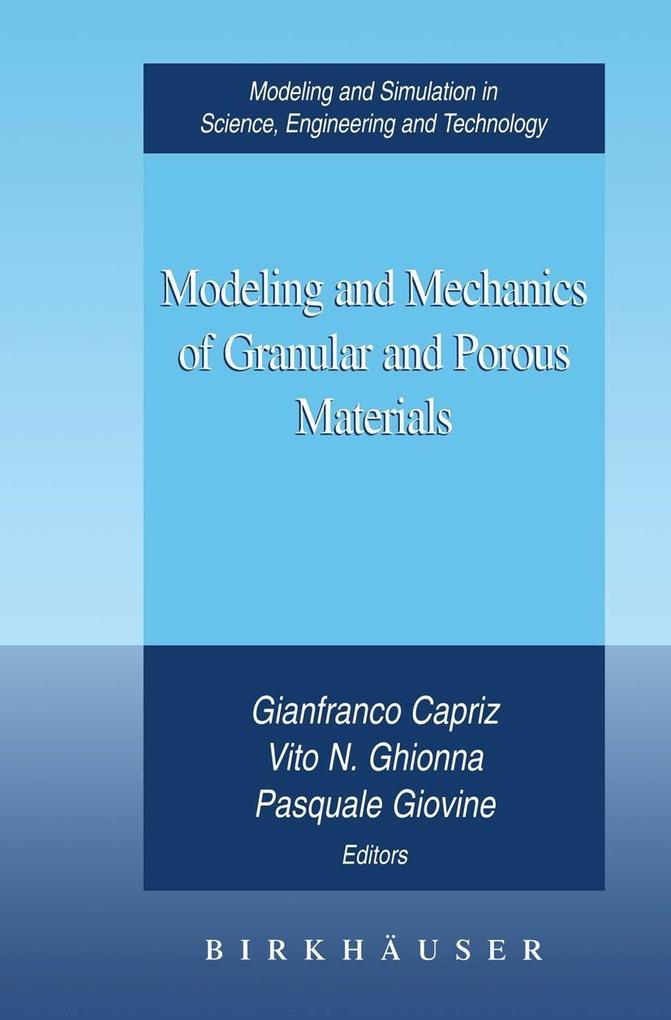 Modeling and Mechanics of Granular and Porous Materials

Soils are complex materials: they have a particulate structure and fluids can seep through pores, mechanically interacting with the solid skeleton. Moreover, at a microscopic level, the behaviour of the solid skeleton is highly unstable. External loadings are in fact taken by grain chains which are continuously destroyed and rebuilt. Many issues of modeling, even of the physical details of the phenomena, remain open, even obscure; de Gennes listed them not long ago in a critical review. However, despite physical complexities, soil mechanics has developed on the assumption that a soil can be seen as a continuum, or better yet as a medium obtained by the superposition of two and sometimes three con­ and the other fluids, which occupy the same portion of tinua, one solid space. Furthermore, relatively simple and robust constitutive laws were adopted to describe the stress-strain behaviour and the interaction between the solid and the fluid continua. The contrast between the intrinsic nature of soil and the simplistic engi­ neering approach is self-evident. When trying to describe more and more sophisticated phenomena (static liquefaction, strain localisation, cyclic mo­ bility, effects of diagenesis and weathering, ..... ), the nalve description of soil must be abandoned or, at least, improved. Higher order continua, incrementally non-linear laws, micromechanical considerations must be taken into account. A new world was opened, where basic mathematical questions (such as the choice of the best tools to model phenomena and the proof of the well-posedness of the consequent problems) could be addressed.

Buch (gebunden)
Dynamics On and Of Complex Networks