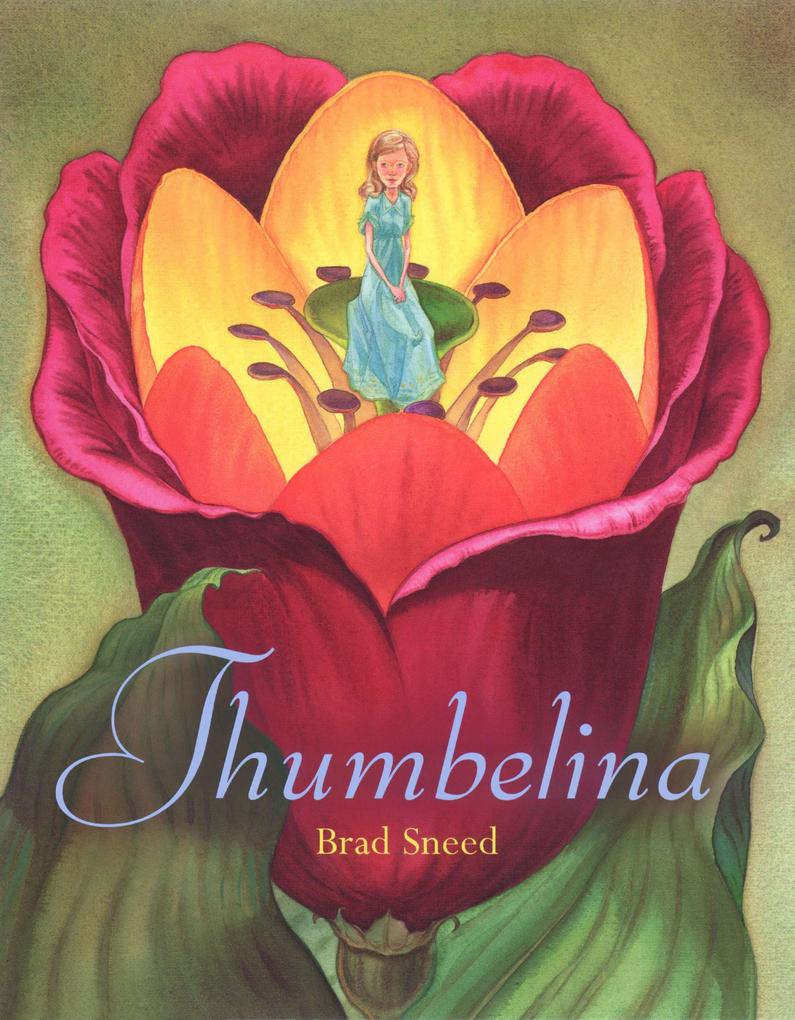 It's not easy being small, but in Brad Sneed's lovely new adaptation of Hans Christian Andersen's Thumbelina, at least life is full of adventure. Soon after being born from a fiery red flower, Thumbelina is kidnapped from home and pursued by many suitors, including a horrible toad, a bumbling beetle, and a grumpy mole--until the plucky heroine finds a true love who fits her just right.
Sneed's rich, detailed watercolors are a true standout, illustrating the animals and natural world with remarkable realism and vibrancy. The story, lighthearted and lively, has a simple text that keeps the elegant flavor of the original tale, yet is perfect for a picture book audience.
Brad Sneed's fresh look at a well-loved fairy tale is simply sumptuous!

Hans Christian Andersen (1805-75) was born in Odense, Denmark, the son of a poor shoemaker, who nonetheless was a great reader, made a toy-theatre for his son and taught him to notice every natural wonder as they walked in the woods together on Sundays. His father died when he was eleven, and it wasn't until six years later that, with the help of a patron, he finally went to a state secondary school attended by much youger children. There he suffered at the hands of a cruel headmaster, but he aquired an education and was determined to be a writer. He published his first novel and his first fairy tales in 1835; thereafter he wrote over 150 more of these stories which have become classics in many languages.

A lonely man who never married, he was also an anxious man; he loved travelling, but would carry a coil of rope with him in case of fire in his hotel. Although he originally addressed his fairy tales to children (and some would maintain he had a streak of childhood in his nature) he insisted they were 'for all ages', and the gentleness and humor that are their characteristics are recognized by everyone.