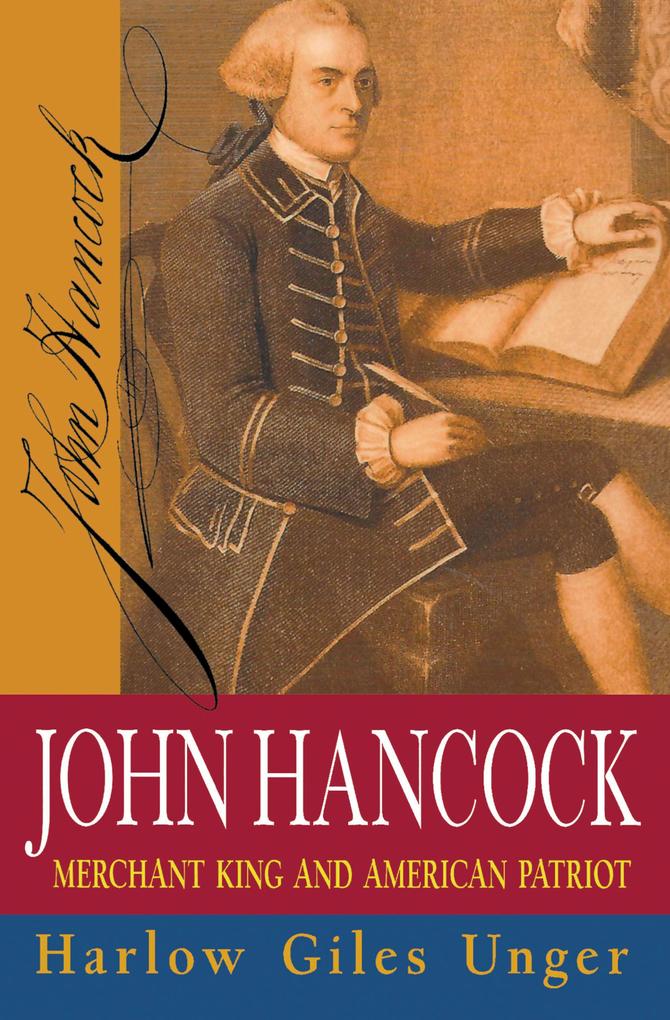 Harlow Giles Unger is author of Noah Webster: The Life and Times of an American Patriot. A veteran journalist, he was a news editor at the New York Herald Tribune Overseas News Service, and foreign news correspondent for the Times (London). He lives in New York City and Paris.

In a biography awash in early American history, Unger celebrates the career of John Hancock, whose life was as large as his legendary signature. A successful merchant and accomplished politician, Hancock became the first signatory of the Declaration of Independence by virtue of his election as president of the Continental Congress. And when he served as a delegate to the Federal Convention of 1787, it was his suggestion to entertain amendments to the proposed Constitution that later became the basis for the Bill of Rights. Hancock lived at the center of late 18th-century Boston politics and commerce, and his life is an engaging prism through which to view Revolutionary New England. Unger, a journalist and a biographer of Noah Webster, effectively uses letters, newspaper articles and first-hand accounts by Hancock and other preeminent Americans to make immediate the events and controversies--the Stamp Act, the Boston Massacre, the Boston Tea Party--that culminated in the Revolutionary War. He adds a human and remarkably contemporary impression of the rough-and-tumble nature of revolutionary politics through his descriptions of the innuendo and outright attacks directed at Hancock by fellow Bostonian Samuel Adams (though to better understand Adams's enmity, more discussion of the nuances of the men's respective political views would have been useful). Unger devotes substantial energy to Hancock's private life and habits (Hancock's fondness for almost regal accoutrements was controversial), but his marriage to Dorothy Quincy, as handled by Unger, remains frustratingly enigmatic. Unger's writing is generally straightforward, rich and satisfying biography that should see only modest success, though it could get a boost from two other fall titles on Revolutionary leaders: H.W. Brands's big bio of Benjamin Franklin and Joseph Ellis's Founding Brothers. --Publishers Weekly, September 25, 2000