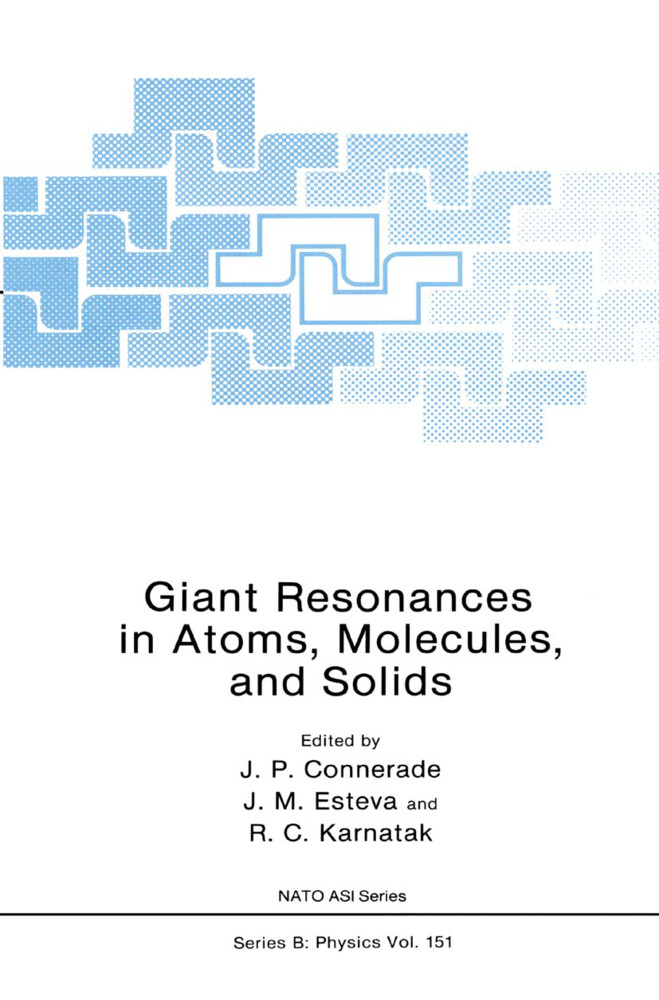 Often, a new area of science grows at the confines between recognised subject divisions, drawing upon techniques and intellectual perspectives from a diversity of fields. Such growth can remain unnoticed at first, until a characteristic fami ly of effects, described by appropriate key words, has developed, at which point a distinct subject is born. Such is very much the case with atomic 'giant resonances'. For a start, their name itself was borrowed from the field of nuclear collective resonances. The energy range in which they occur, at the juncture of the extreme UV and the soft X-rays, remains to this day a meeting point of two different experimental techniques: the grating and the crystal spectrometer. The impetus of synchrotron spectroscopy also played a large part in developing novel methods, described by many acronyms, which are used to study 'giant resonances' today. Finally, although we have described them as 'atomic' to differentiate them from their counterparts in Nuclear Physics, their occurrence on atomic sites does not inhibit their existence in molecules and solids. In fact, 'giant resonances' provide a new unifying theme, cutting accross some of the traditional scientific boundaries. After much separate development, the spectroscopies of the atom in various environments can meet afresh around this theme of common interest. Centrifugal barrier effects and 'giant resonances' proper emerged almost simultaneously in the late 1960's from two widely separated areas of physics, namely the study of free atoms and of condensed matter.

"
History of Science, History of Text: An Introduction.- Part I. What Is A Text? Spatial Organization of Ancient Chinese Texts (Preliminary Remarks).- Part II. The Constitution Of Scientific Texts: From Draft To Opera Omnia. Leibniz and the Use of Manuscripts: Text as Process. Opera Omnia: The Production of Cultural Authority. Writing Works: A Reaction to Michael Cahns Paper.- Part III. How Scientific And Technical Texts Adhere To Local Cultures. Text, Representation and Technique in Early Modern China. The Algebraic Art of Discourse Algebraic Dispositio, Invention and Imitation in Sixteenth-Century France. Ancient Sanskrit Mathematics: An Oral Tradition and a Written Literature.- Part IV. Reading Texts. The Limits of Text in Greek Mathematics. Reading Strasbourg 368: A Thrice-Told Tale. What is the Content of this Book? A Plea for Developing History of Science and History of Text Conjointly. Epilogue. Knowledge and its Artifacts. Subject Index. Name Index."