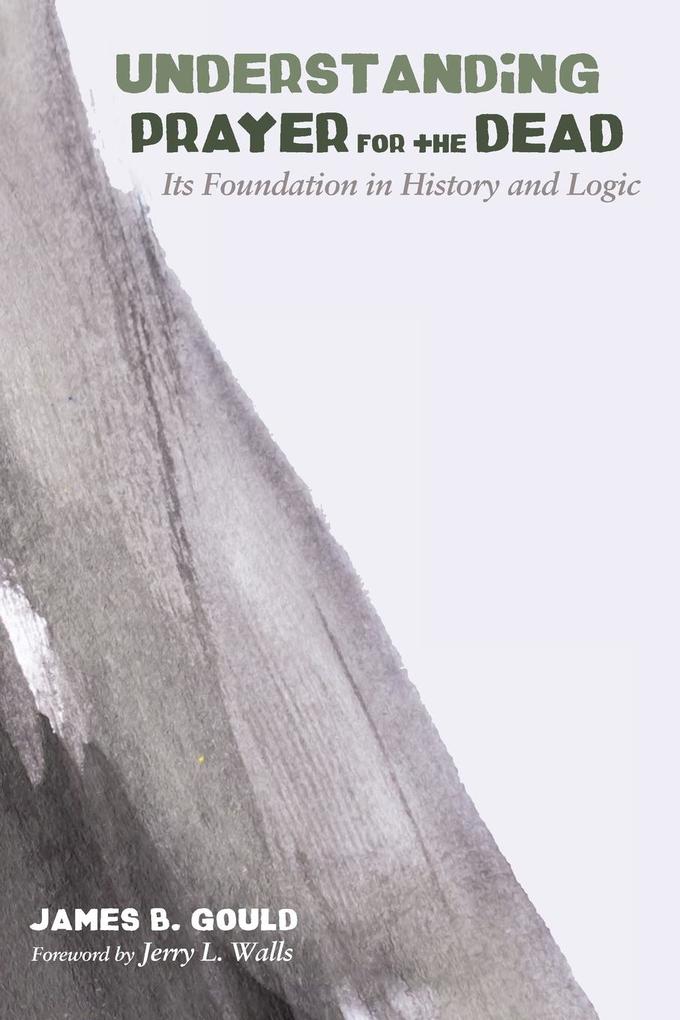 Understanding Prayer for the Dead

von James B. Gould
Sprache: Englisch.
Buch (gebunden)
Throughout history Christians have prayed for the dead--both for continual growth of the faithful and for their advancement from purgatory, though not for the deliverance of the unsaved from hell. This book defends all three kinds of prayer. It chall … weiterlesen
Dieser Artikel ist auch verfügbar als:
Geschenk per Mail versenden
Buch (gebunden)

Titel: Understanding Prayer for the Dead
Autor/en: James B. Gould

Throughout history Christians have prayed for the dead--both for continual growth of the faithful and for their advancement from purgatory, though not for the deliverance of the unsaved from hell. This book defends all three kinds of prayer. It challenges Protestants, who seldom pray for the dead, to begin doing so--and Roman Catholics and Eastern Orthodox, who pray only for the Christian dead, to include the unsaved as well.
James Gould addresses the biblical credentials of prayer for the dead and provides a historical overview of such prayers from ancient Christianity to the current practice of the three main branches of the church. He also discusses the logical assumptions prayer for the dead requires--that prayer is effective, that the dead are conscious, and that the afterlife involves change--and lays out a theological framework for such prayers.
Prayer for the departed raises the most basic of theological questions, matters that go to the center of God's purpose in creating spiritual beings and redeeming sinful humankind. The argument, while revisionary in some respects, is orthodox, ecumenical, and integrative, engaging a range of academic disciplines so as to be biblically accurate, historically informed, and philosophically reasoned.


""James B. Gould not only argues powerfully that there is no good theological case against prayer for the dead, but also that there is a powerful theological case in favor of it. Gould's case is wide-ranging in its argument, and he deals with the history of prayer for the dead in Christian theology as well as the philosophical and theological issues raised by the practice. His work will be recognized as a landmark on these vital issues for years to come.""
--Jerry L. Walls, Professor of Philosophy, Houston Baptist University

""Christians have argued for centuries about whether or not we should pray for the dead. This wise and thorough examination of the subject from a biblical, historical, theological, and philosophical perspective will be an invaluable guide to anyone interested in the question - anyone, in fact, who wants to think more deeply about what we do when we pray and the nature of life after death. There is so much here to inform, challenge, and inspire.""
--John Inge, Bishop of Worcester, United Kingdom

James B. Gould teaches in the Department of Philosophy at McHenry County College, Crystal Lake, Illinois, and serves on the ethics committees of several healthcare organizations.