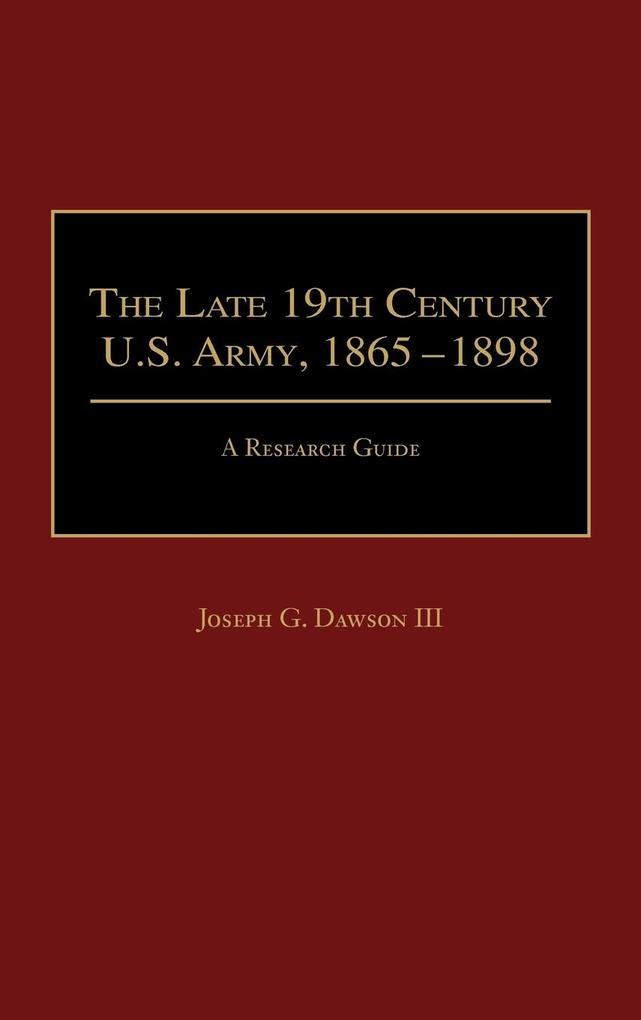 ?A strong addition to the existing military history reference literature and to its series (e.g., Marvin Fletcher's The Peacetime Army 1900-1941, ). Dawson's research guide is more useful than a standard bibliography, and much more thorough for the time period covered than sources such as Jack C. Lane's America's Military Past and the noted Guide to the Sources of United States Military History, ed. by Robin Higham, and two supplements. Dawson builds his guide around more than 1,100 bibliographic entries, many of which have brief, descriptive annotations. The citations, arranged topically in eight chapters, are drawn from books, periodicals, and dissertations. A ninth chapter covers pertinent government documents and manuscript collections. Author and subject indexes and four useful appendixes are included. There is a fine introductory essay: the preface lists and briefly describes 50 top secondary sources selected from the larger body of literature. These features truly enhance the bibliographic core of the book and make it a guide useful to general readers, upper-level undergraduates, graduate students, and scholars.?-Choice