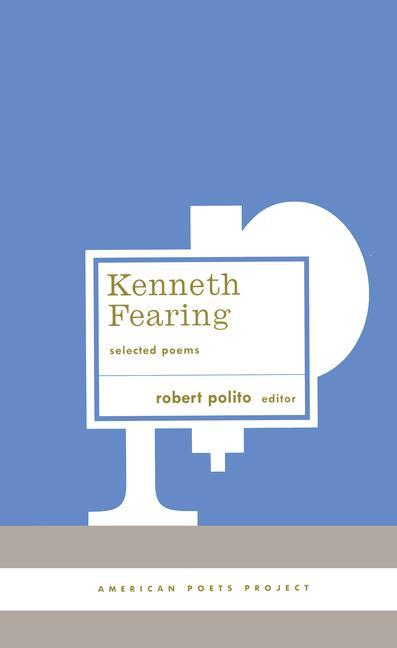 Poet, journalist, and crime novelist, Kenneth Fearing wrote poems filled with the jargon of advertising and radio broadcasts and tabloid headlines, sidewalk political oratory, and the pop tunes on the jukebox. Seeking out what he called "the new and complex harmonies . . . of a strange and still more complex age," he evoked the jitters of the Depression and the war years in a voice alternately sardonic and melancholy, and depicted a fragmenting urban world bombarded by restless desires and unnerving fears.

But, in the words of editor Robert Polito, "Fearing's poems carry no whiff of the curio or relic. If anything, his poems . . . insinuated an emerging media universe that poetry still only fitfully acknowledges." This new selection foregrounds the energy and originality of Fearing's prophetic poetry, with its constant formal experimenting and its singular note of warning: "We must be prepared for anything, anything, anything." As a chronicler of mass culture and its discontents, Fearing is a strangely solitary figure who cannot be ignored.

Robert Polito is a poet, biographer, and critic. His books include Doubles, A Reader's Guide to James Merrill's The Changing Light at Sandover, and Savage Art: A Biography of Jim Thompson, for which he received the National Book Critics Circle Award. He directs the Graduate Writing Program at New School University in New York City.