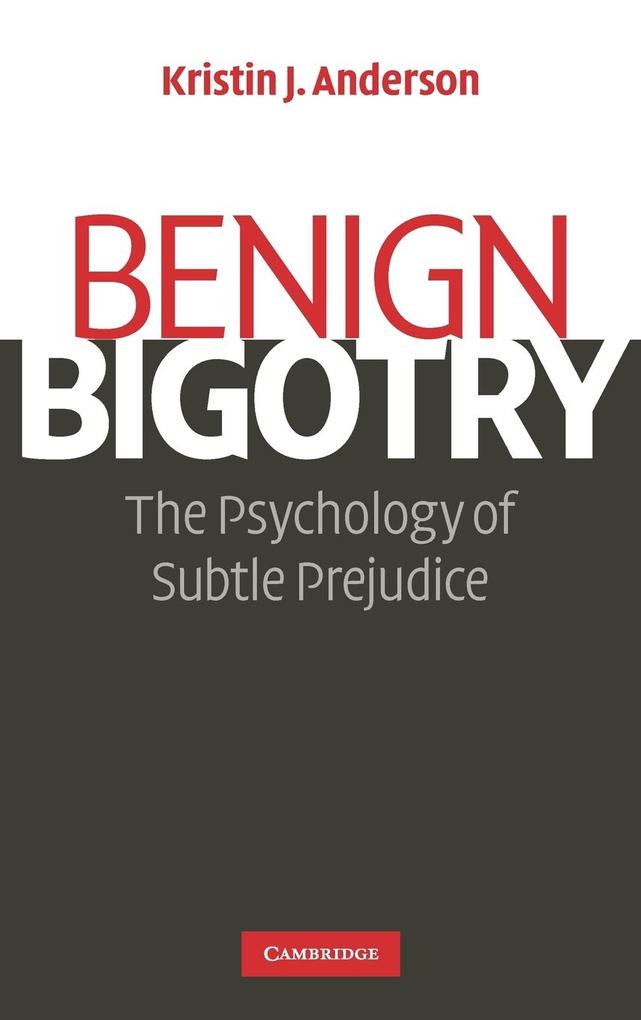 Focuses on commonly held cultural myths as the basis for examining subtle forms of racial, sexual, gender and religious bias.

Introduction: the changing place of prejudice: a migration underground; 1. 'Those people all look alike': the myth of the other; 2. 'They must be guilty of something': myths of criminalization; 3. 'Feminists are man-haters': backlash myth-making; 4. 'Gays flaunt their sexuality': the myth of hypersexuality; 5. 'I'm not a racist, I'm colorblind': the myth of neutrality; 6. 'Affirmative action is reverse racism': the myth of merit; Conclusion.

Kristin J. Anderson is Associate Professor of Psychology at the University of Houston-Downtown. She teaches college courses on prejudice, discrimination and stereotyping and her work has been published in many academic journals including Developmental Psychology, Journal of Language and Social Psychology, Sex Roles and Journal of Latinos and Education.

'Kristin Anderson frames serious social problems of prejudice and discrimination in a compelling, engaging manner through the systematic use of cutting-edge scientific research. Not only does she diagnose the problems, she also offers some possible cures leaving the reader with the optimism that things can continue to improve in our society. This book is a brilliant piece of scholarship that deserves to reach a wide audience.' Campbell Leaper, University of California, Santa Cruz 'Benign Bigotry is a very well-written, clear and readable book. It relates to important contemporary issues, such as discrimination based on race, gender and sexuality, which persist[s] in spite of extensive legislation ... would be of interest to someone considering, or engaged in, postgraduate study in social psychology; but in addition, it could appeal to the intelligent lay person as well as to professionals such as teachers, human resource executives, lawyers, police, social workers and public administrators.' Social Psychological Review