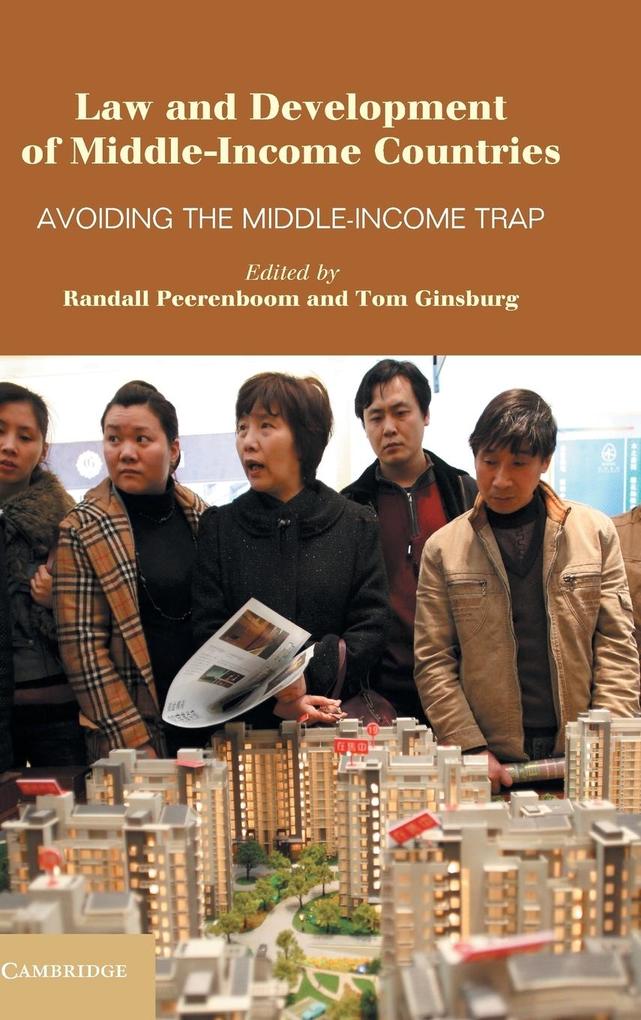 Law and Development of Middle-Income Countries

1. Introduction Randall Peerenboom; Part I. The Politics of Development in MICs: 2. The politics of law and development in middle-income countries Tom Ginsburg; 3. When does 'politics' get in the way of development?: The developmental state, good governance, and liberal democratic change in Malaysia and Singapore Surain Subramaniam; Part II. MICs in a Globalized Economy: 4. The rise of middle-income countries in the international trading system Gregory Shaffer and Charles Sutton; 5. The middle intellectual property powers Peter Yu; 6. Growing wealth in East Asian MICs with transnational production regimes John Gillespie; Part III. Good Governance and the Rule of Law in MICs: 7. Law and development in Central and Eastern Europe: neoliberal development state and its problems Bojan Bugaric; 8. Judicial intervention in civic-military relations: evidence from Colombia and Mexico Julio Rios-Figueroa and Maria Fernanda Gomez Aban; 9. The prospect for anti-corruption law in middle-income countries Kevin Davis; 10. The delivery of justice in middle-income countries Juan Botero; Part IV. Socio-Economic Challenges in MICs: 11. The role of courts and constitutions in the new politics of welfare in Latin America Daniel Brinks and William Forbath; 12. The judicialization of health care: symptoms, diagnosis, and prescriptions Cesar Rodriguez-Garavito; 13. Nascent protections in emerging giants: struggles to judicialize labor rights in China and Indonesia William Hurst; 14. Environmental challenges in MICs: a comparison of enforcement in Brazil and China Benjamin van Rooij and Lesley K. McAllister; Part V. International Donor Strategies for MICs: 15. The UN and governance in middle-income countries: a Vietnam case study Nick Booth; 16. Law and development in MICs: conclusion Randall Peerenboom and Tom Ginsburg.

Randall Peerenboom is a Professor of Law at La Trobe University and an Associate Fellow of the Oxford University Centre for Socio-Legal Studies. He is a former Director of the Oxford Foundation for Law, Justice and Society Rule of Law in China Programme, and was Professor at the University of California, Los Angeles Law School from 1998 to 2007. He has been a consultant to the Asian Development Bank, Ford Foundation, EU-China, UNDP, and other international organizations on legal reforms and rule of law in China and Asia, and is the Co-Editor in Chief of The Hague Journal of Rule of Law. He is also a CIETAC arbitrator and frequently serves as expert witness on PRC legal issues. Recent books include The Dynamics of Rule of Law in an Era of International and Transnational Governance (edited with Michael Zurn and Andre Noelkamper, Cambridge University Press, 2012); Judicial Independence in China (edited, Cambridge University Press, 2010); Regulation in Asia: Pushing Back on Globalization (edited with John Gillespie, 2009); and China Modernizes: Threat to the West or Model for the Rest? (2007). Tom Ginsburg is the Leo Spitz Professor of International Law, Ludwig and Hilda Wolf Research Scholar and Professor of Political Science at the University of Chicago, and Research Professor at the American Bar Foundation. He currently co-directs the Comparative Constitutions Project, an NSF-funded data set cataloging the world's constitutions since 1789. His recent co-authored book, The Endurance of National Constitutions (2009), won the best book award from the Comparative Democratization Section of the American Political Science Association. His other books include Judicial Review in New Democracies (2003), Administrative Law and Governance in Asia (2008), Rule By Law: The Politics of Courts in Authoritarian Regimes (with Tamir Moustafa, 2008) and Comparative Constitutional Law (with Rosalind Dixon, 2011). Before entering law teaching, he served as a legal advisor at the Iran-US Claims Tribunal, The Hague, Netherlands, and he has consulted with numerous international development agencies and governments on legal and constitutional reform.