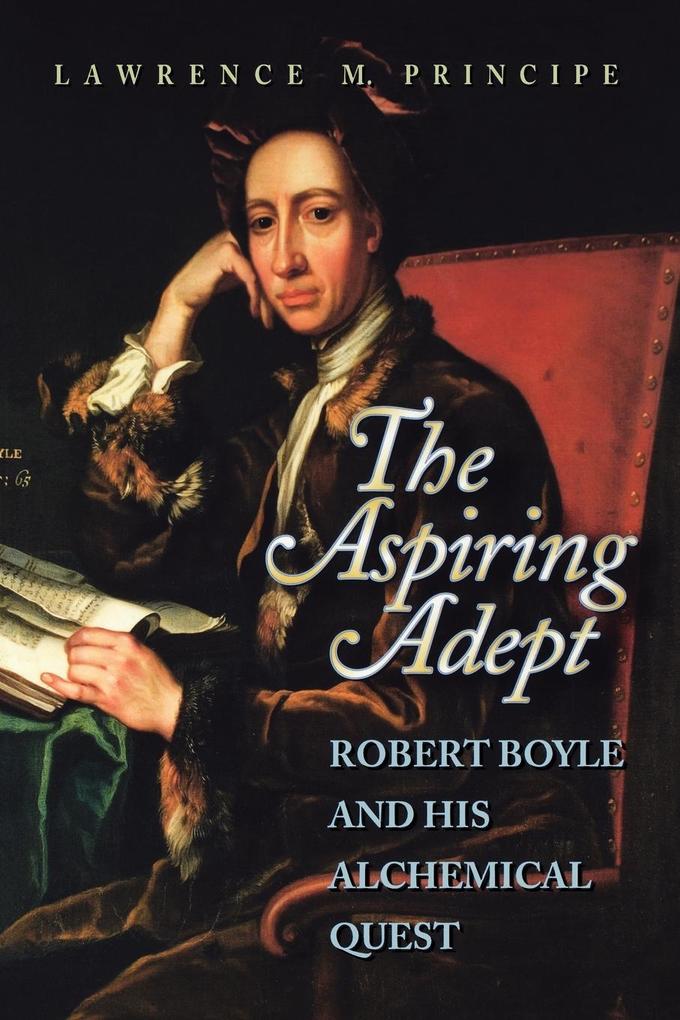 14% Rabatt sichern mit Gutscheincode: LIEBE14
​
The Aspiring Adept presents a provocative new view of Robert Boyle (1627-1691), one of the leading figures of the Scientific Revolution, by revealing for the first time his avid and lifelong pursuit of alchemy. Boyle has traditionally been considered … weiterlesen
Dieser Artikel ist auch verfügbar als:
Geschenk per Mail versenden
Buch (gebunden)

The Aspiring Adept presents a provocative new view of Robert Boyle (1627-1691), one of the leading figures of the Scientific Revolution, by revealing for the first time his avid and lifelong pursuit of alchemy. Boyle has traditionally been considered, along with Newton, a founder of modern science because of his mechanical philosophy and his experimentation with the air-pump and other early scientific apparatus. However, Lawrence Principe shows that his alchemical quest--hidden first by Boyle's own codes and secrecy, and later suppressed or ignored--positions him more accurately in the intellectual and cultural crossroads of the seventeenth century.

Principe radically reinterprets Boyle's most famous work, The Sceptical Chymist, to show that it criticizes not alchemists, as has been thought, but "unphilosophical" pharmacists and textbook writers. He then shows Boyle's unambiguous enthusiasm for alchemy in his "lost" Dialogue on the Transmutation and Melioration of Metals, now reconstructed from scattered fragments and presented here in full for the first time. Intriguingly, Boyle believed that the goal of his quest, the Philosopher's Stone, could not only transmute base metals into gold, but could also attract angels. Alchemy could thus act both as a source of knowledge and as a defense against the growing tide of atheism that tormented him. In seeking to integrate the seemingly contradictory facets of Boyle's work, Principe also illuminates how alchemy and other "unscientific" pursuits had a far greater impact on early modern science than has previously been thought.

"Principe is to be congratulated on bringing [Boyle] into a new focus."--D. M. Knight, Nature "The Aspiring Adept is an audacious, enchanting, and deeply rewarding book, one that will be of equal interest to historians, chemists, and interested laypersons. It is a real treat."--A. J. Rocke, Chemistry in Britain "Lawrence Principe's book goes a long way toward recovering the complexity of Boyle's mind and work... [His] ability to reconstruct Boyle's laboratory practices, ascertain the relations between Boyle and a large community of like-minded practitioners, and retrieve, fully or partially, some of Boyle's alchemical writings is ... remarkable."--Mordechai Feingold, American Scientist "Principe has performed a great service by printing some of the choicer parts [of Boyle's unpublished works]... [He] avoids the easy temptation to interpret Boyle's alchemical operations in terms of modern chemistry."--Peter Dear, Physics World