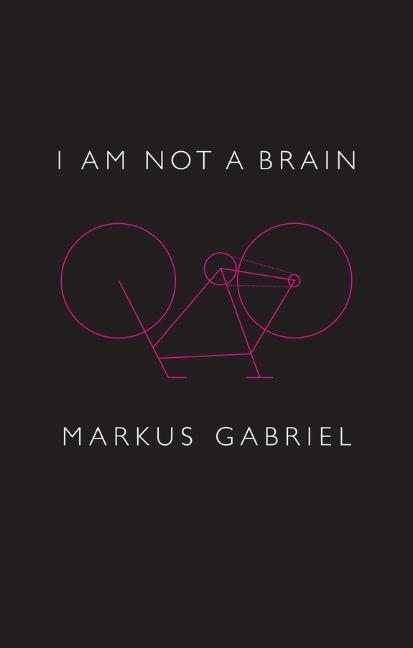 I am Not a Brain

von Markus Gabriel
Philosophy of Mind for the 21st Century. 1. Auflage. Sprache: Englisch.
Buch (gebunden)
Many consider the nature of human consciousness to be one of the last great unsolved mysteries. Why should the light turn on, so to speak, in human beings at all? And how is the electrical storm of neurons under our skull connected with our conscious … weiterlesen
Dieser Artikel ist auch verfügbar als:
Geschenk per Mail versenden
Buch (gebunden)

Titel: I am Not a Brain
Autor/en: Markus Gabriel

Philosophy of Mind for the 21st Century.
1. Auflage.
Sprache: Englisch.

Many consider the nature of human consciousness to be one of the last great unsolved mysteries. Why should the light turn on, so to speak, in human beings at all? And how is the electrical storm of neurons under our skull connected with our consciousness? Is the self only our brain's user interface, a kind of stage on which a show is performed that we cannot freely direct?

In this book, philosopher Markus Gabriel challenges an increasing trend in the sciences towards neurocentrism, a notion which rests on the assumption that the self is identical to the brain. Gabriel raises serious doubts as to whether we can know ourselves in this way. In a sharp critique of this approach, he presents a new defense of the free will and provides a timely introduction to philosophical thought about the self - all with verve, humor, and surprising insights.

Gabriel criticizes the scientific image of the world and takes us on an eclectic journey of self-reflection by way of such concepts as self, consciousness, and freedom, with the aid of Kant, Schopenhauer, and Nagel but also Dr. Who, The Walking Dead, and Fargo.

Introduction
Mind and Geist
Elementary Particles and Conscious Organisms
The Decade of the Brain
Can the Mind Be Free in a Brain Scan?
The Self as a USB-Stick
Neuromania and Darwinitis - The Example of Fargo
Mind - Brain - Ideology
The Cartography of Self-Interpretation

I. What is at Stake in the Philosophy of Mind?
Mind in the Universe?
In the Spirit of Hegel
The Historical Animal on the Social Stage
Why not Everything, but at least Something is Teleological

II. Consciousness
I See Something That You Do Not See!
Neuronal Thunderstorms and the Arena of Consciousness
Buddha, the Snake and the Bat - Again
Surfing On the Wave of Neuro-Kantianism
Nothing Is Beyond Our Experience - Or Is There?
Faith, Love, Hope - Are They All Just Illusions?
An Altruist is Lodged in Every Ego
Davidson's Dog and Derrida's Cat
Tasty Consciousness
The Intelligence of the Robot Vacuum Cleaner
Strange Days - The Noise of Consciousness
What Mary Still Doesn't Know
The Discovery of the Universe in a Monastery
Sensations are Not Subtitles to a Chinese Movie
God's-Eye View

IV. Who or What Is This Thing We Call: The Self?
The Reality of Illusions
Puberty-Reductionism and the Toilet Theory
Self is God
Fichte: The Almost Forgotten Grandmaster of the Self
The Three Pillars of the Science of Knowledge
In the Human Being Nature Opens her Eyes and Sees that She Exists'Let Daddy Take Care of this': Freud and Stromberg
Drives Meet Hard Facts
Oedipus and the Milk Carton

V. Freedom
Can I Will Not to Will What I Will?
The Self is Not a One-Armed Bandit
Why Cause and Reason are Not the Same Thing and What That Has to Do with Tomato Sauce
Friendly Smites Meanie and Defeats Metaphysical Pessimism
Human Dignity is Inviolable
On the Same Level as God or Nature?
PS: There Are No Savages
Man is Not a Face Drawn in Sand
Notes
Bibliography
Index of Concepts
Index of Names

Markus Gabriel was born in 1980 and studied in Heidelberg, Lisbon and New York. Since 2009 he has held the chair for Epistemology at the University of Bonn; and with this appointment he became Germany's youngest philosophy professor. He is also the director of the International Center for Philosophy in Bonn.

"Challenging the lofty claims of many neuroscientists...Markus Gabriel has written a wonderfully polemical work. Its clearly developed arguments and lively examples are highly convincing."
Die Welt"It is a rare gift to be able to philosophize from first principles in a way that is neither patronizingly derivative nor technically arcane and in a manner that is accessible to the general reader. But Gabriel possesses that gift in bucketloads."
Simon Critchley, New School for Social Research"Markus Gabriel is a speculative wunderkind."
Neue Zürcher Zeitüng"Gabriel's engaging, accessible and incisive introduction to the philosophy of mind tackles the deep problems raised by both classical thinkers and modern neuroscience. Bringing the zombies and homunculi of the philosophical debates together with the Daleks and Fargo, it is as illuminating as it is enjoyable."
Dr. Sacha Golob, King's College London"Nowadays, 'The Brain' has taken over all the attributes with which the Modernity endowed 'the Subject.' Against this travesty, Markus Gabriel makes subjectivity as such prominent again and, by so doing, maybe, helps us make better sense of the brain as well."
Jocelyn Benoist, Université Paris 1 Panthéon-Sorbonne"Gabriel shows up the flaws and contradictions in reductive theories of mind, based on natural science. His many-facetted argument, where the technical terms are explained in an engaging and available language, with frequent references to contemporary science fiction films and stories, culminates in a powerful vision of 21st-century humanism."
Charles Taylor, Emeritus Professor of Philosophy, McGill University"Only 37, Gabriel is demonstrating that German philosophers can find a wide audience -- without being merely slick or superficial."
Foreign Policy
Kunden, die diesen Artikel gekauft haben, kauften auch
Schreiben Sie eine Rezension

Schreiben Sie eine Bewertung für: I am Not a Brain