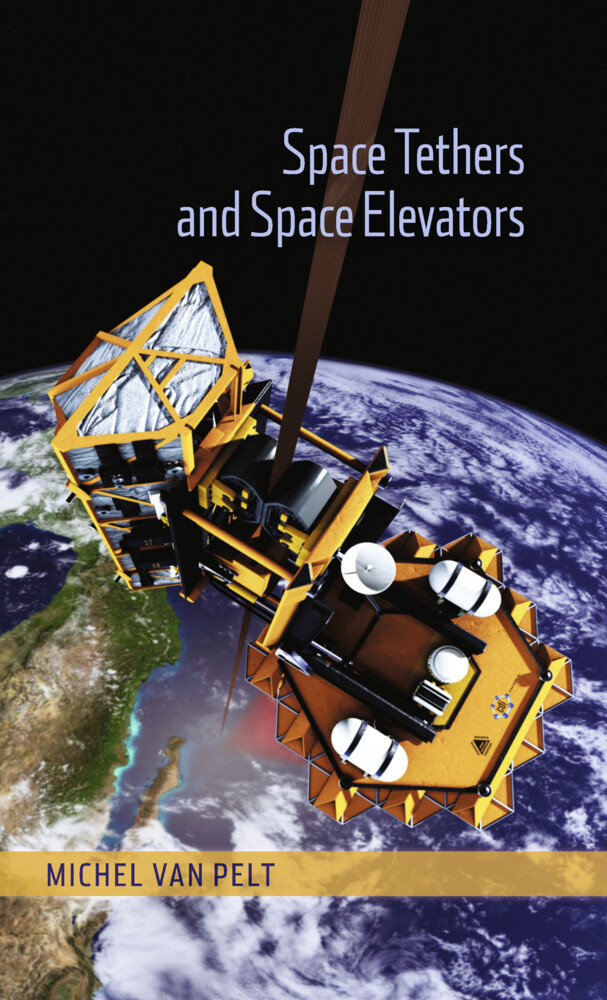 von Michel Van Pelt, Michel van Pelt
Auflage 2009. Paperback. Sprache: Englisch.
Buch (gebunden)
Michel van Pelt explains the principle of space tethers: what they are and how they can be used in space, along with elevators. He introduces space enthusiasts to the possibilities of space tethers including the technological challenges and potential … weiterlesen
Dieser Artikel ist auch verfügbar als:
Geschenk per Mail versenden
Buch (gebunden)

Michel van Pelt explains for the first time the principle of space tethers: what they are and how they can be used in space. He introduces non-technical space enthusiasts to the various possibilities and feasibility of space tethers including the technological challenges and potential benefits. He illustrates how, because of their inherent simplicity, space tethers have the potential to make space travel much cheaper, while ongoing advances in tether material technology may make even seemingly far-fetched ideas a reality in the not too distant future.

"Michel Van Pelt's book Space Tethers and Space Elevators (Copernicus/Praxis, 2009), a treatment of a technology we seldom consider in these pages ... . his book is a must read for those of us interested in deep space development. ... This is enlightening reading, and I'm glad to see a book focused on tethers ... coming onto the popular science market. ... useful for creating artificial gravity on long space missions and, interestingly, sweeping away dangerous charged particles around a spacecraft." (Centauri Dreams, August, 2009)

"In this book, Michel explains what the advantages of tethers in space are and the benefits they can provide, including Space debris mitigation and tether propulsion. ... I thoroughly enjoyed this book and learned much from it. It will be very valuable to anyone who wants to learn about alternatives to using rockets to get into space or space tethers and/or space elevators in general. Michel van Pelt's book is a very valuable addition to the ever-growing body of literature on this subject. Highly recommended." (The Space Elevator Blog, December, 2009)
"Author Michel van Pelt makes clear in Space Tethers and Space Elevators ... interesting thing that tether technology can do. Tethers could also be used as a slingshot to boost satellites into interplanetary orbits, improve astronauts' health by supplying artificial gravity, and clean up space junk by using 'tether terminators' to drag obsolete satellites earthwards until they burn up on re-entering the atmosphere. ... Logical, thorough and packed with fascinating information, this slim volume would make a valuable addition to any space enthusiast's library." (Physics World, February, 2010) "If any book can be said to be ahead of its time, this is it. ... van Pelt goes on to describe various space-tether concepts, some feasible and some verging on the fanciful. ... For anyone interested in learning more about the fascinating possibilities offered by space tethers, this well-written, clearly illustrated book is the ideal introduction." (Peter Bond, The Observatory, Vol. 130 (1214), February, 2010) "This review of space tethers and space elevators provides a good description of the history of the application of tethers in space missions, along with the challenges faced in further exploitation of this technology. ... The book is very much written for the nontechnical person. ... Summing Up: Recommended. Lower-division undergraduates and general readers." (D. B. Spencer, Choice, Vol. 47 (5), January, 2010)
Kunden, die diesen Artikel gekauft haben, kauften auch
Schreiben Sie eine Rezension