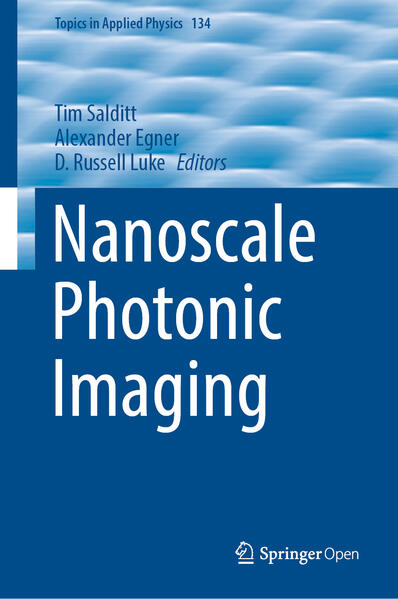 This open access book, edited and authored by a team of world-leading researchers, provides a broad overview of advanced photonic methods for nanoscale visualization, as well as describing a range of fascinating in-depth studies. Introductory chapters cover the most relevant physics and basic methods that young researchers need to master in order to work effectively in the field of nanoscale photonic imaging, from physical first principles, to instrumentation, to mathematical foundations of imaging and data analysis.  Subsequent chapters demonstrate how these cutting edge methods are applied to a variety of systems, including complex fluids and biomolecular systems, for visualizing their structure and dynamics, in space and on timescales extending over many orders of magnitude down to the femtosecond range. Progress in nanoscale photonic imaging in Göttingen has been the sum total of more than a decade of work by a wide range of scientists and mathematicians across disciplines, working together in a vibrant collaboration of a kind rarely matched. This volume presents the highlights of their research achievements and serves as a record of the unique and remarkable constellation of contributors, as well as looking ahead at the future prospects in this field. It will serve not only as a useful reference for experienced researchers but also as a valuable point of entry for newcomers.