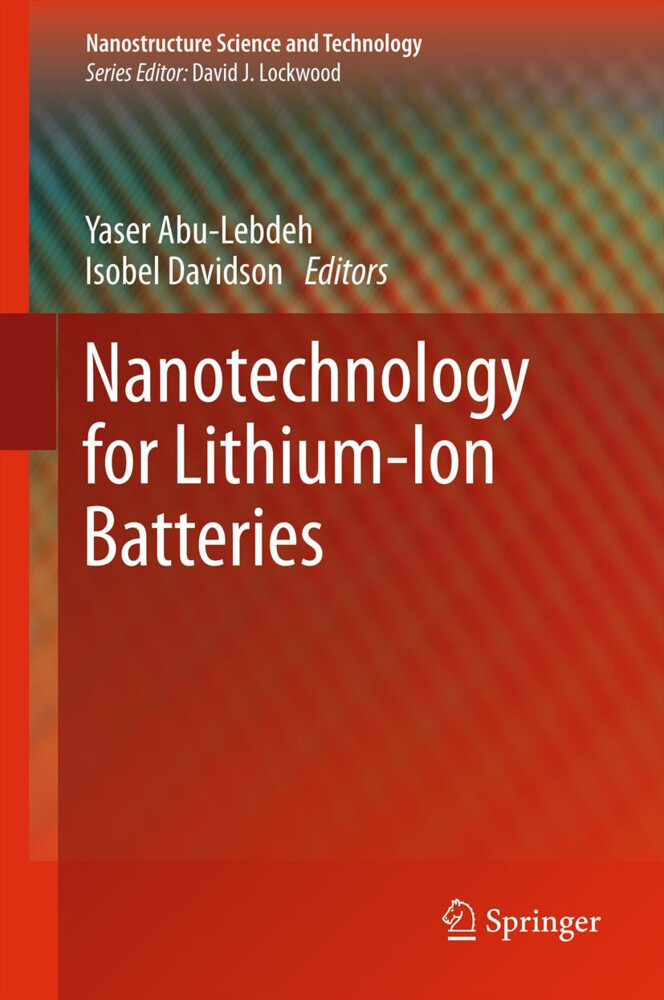 Nanotechnology and lithium-ion battery technology will both play a major role in helping the world solve its growing energy and environmental challenges. Nanotechnology for Lithium-Ion Batteries explores where the two fields converge, with fresh insights into the complex relationship between these rapidly growing areas of research.
This book covers the basic concepts of nanotechnology, how they relate to lithium-ion batteries, and the effects of using nanomaterials to enhance battery performance. In addition to taking an in-depth look at the emerging research, this book will explore how new discoveries will impact existing and emerging markets, including those related to consumer electronics, automotive technology, and smart grid technology.