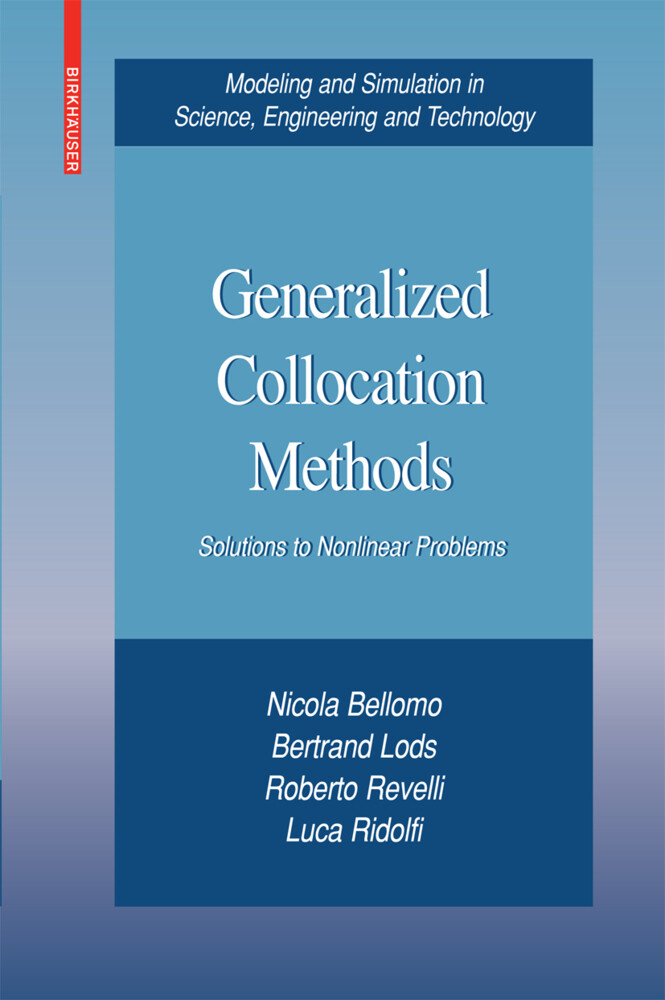 Analysis of nonlinear models and problems is crucial in the application of mathematics to real-world problems. This book approaches this important topic by focusing on collocation methods for solving nonlinear evolution equations and applying them to a variety of mathematical problems. These include wave motion models, hydrodynamic models of vehicular traffic flow, convection-diffusion models, reaction-diffusion models, and population dynamics models. The book may be used as a textbook for graduate courses on collocation methods, nonlinear modeling, and nonlinear differential equations. Examples and exercises are included in every chapter.

"This book is concerned with the solution of initial-boundary partial differential equations using the generalised collocation method. Most of the book describes examples of how the method works for a range of examples. It is aimed primarily at engineering students. The book starts by looking at general considerations of mathematical modelling and discusses dimensional analysis." (Kenneth Wright, Mathematical Reviews, Issue 2008 g)

"This textbook is intended for undergraduate engineering students who wish to learn about mathematical modeling, along with the use of collocation methods for nonlinear evolutionary problems. ... The method of lines obtained from collocation is solved by a Mathematica routine. The book contains an appendix giving several Mathematica programs for problems ... ." (Gerald W. Hedstrom, Zentralblatt MATH, Vol. 1135 (13), 2008)

"The book has been written primarily for scientists, engineers, and university students with a good knowledge of basic mathematics and differential equations at an elementary level who are interested in the application of mathematics to problems from application fields. The aim is to offer an easy-to-use handbook for the Mathematica implementation of the collocation method for the problem at hand. For that purpose a nice selection of example problems is discussed, accompanied by Mathematica software...The material is well presented in a pleasant and easily readable style and covers a substantial number of topics. Potential readers, in particular university students interested in applying mathematics who wish to become acquainted with the enormous power of scientific computing, are advised to read this well-written textbook, certainly if they already possess Mathematica skills." (SIAM Review)

Buch (gebunden)
Dynamics On and Of Complex Networks