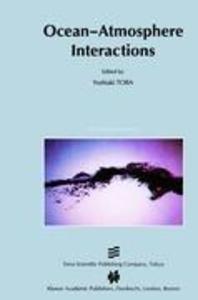 "This book holds a unique place in the genre of ocean-atmosphere interaction texts in that it has a distinct ocean bias, providing a fresh look at the problem from an ocean perspective. ... I would recommend this text for researchers interested in an overview of the dynamics of ocean-atmosphere interactions, or as a supplementary text for advanced students." (Yolande Serra, Bulletin of the American Meteorological Society, March, 2005)

"Ocean-atmosphere interactions contains contributions from several Japanese authors covering ... the physical interactions of the ocean and the atmosphere ... . The modelling of mixing is usefully reviewed, followed by examples of ocean-profile observations interpreted in terms of water masses. ... In general, this book is nicely presented, well edited and adequately indexed." (C. J. Merchant, The Holocene, June, 2005)