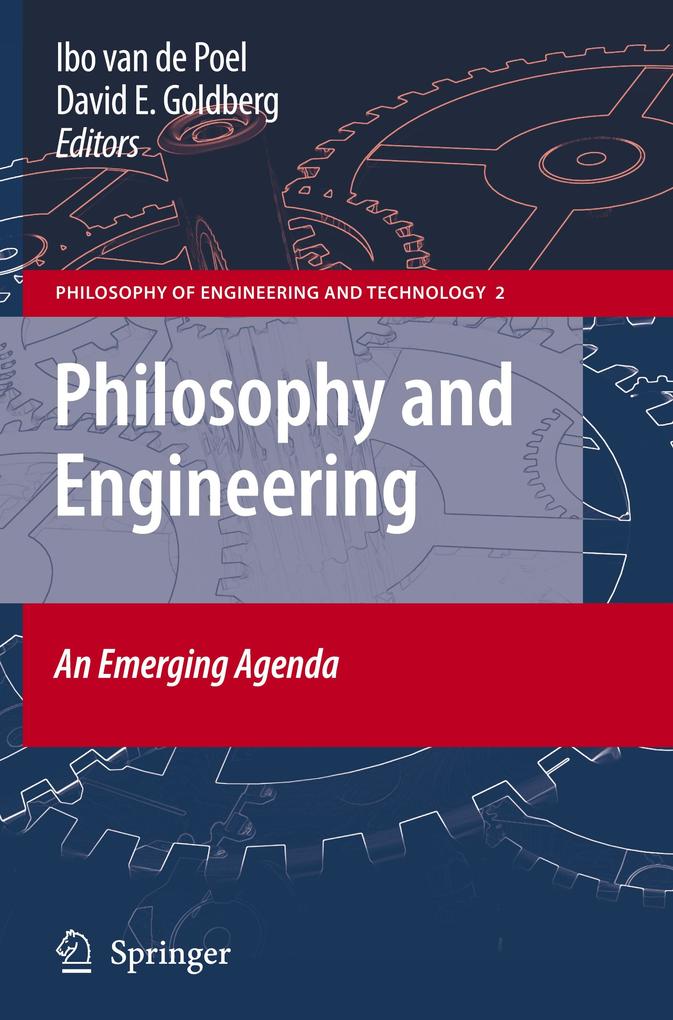 Philosophy and Engineering: An Emerging Agenda

Whereas science, technology, and medicine have all called forth dedicated philosophical investigations, a fourth major contributor to the technoscientific world in which we all live - that is, engineering - has been accorded almost none of the philosophical attention it deserves. This volume thus offers a first characterisation of this important new field, by some of the primary philosophers and ethicists interested in engineering and leading engineers interested in philosophical reflections. The volume deals with such questions as: What is engineering? In what respect does engineering differ from science? What ethical problems does engineering raise? By what ethical principles are engineers guided? How do engineers themselves conceive of their profession? What do they see as the main philosophical challenges confronting them in the 21st century? The authors respond to these and other questions from philosophical and engineering view points and so illustrate how together they can meet the challenges and realize the opportunities present in the necessary encounters between philosophy and engineering - encounters that are ever more important in an increasingly engineered world and its problematic futures.

From the reviews:"It is the tangible outcome of the 'Workshop on Philosophy and Engineering' (WPE), which took place in October 2007 in Delft (The Netherlands). ... If one wants to get an impression of the variety of topics that one might study in this new and emerging area, it is a great place to start. ... a book ... to browse through and to keep as a work of reference."­­­ (Ilse Oosterlaken, Science and Engineering Ethics, Vol. 16, 2010)

Buch (gebunden)
The Future of Engineering

Buch (gebunden)
The Future of Engineering