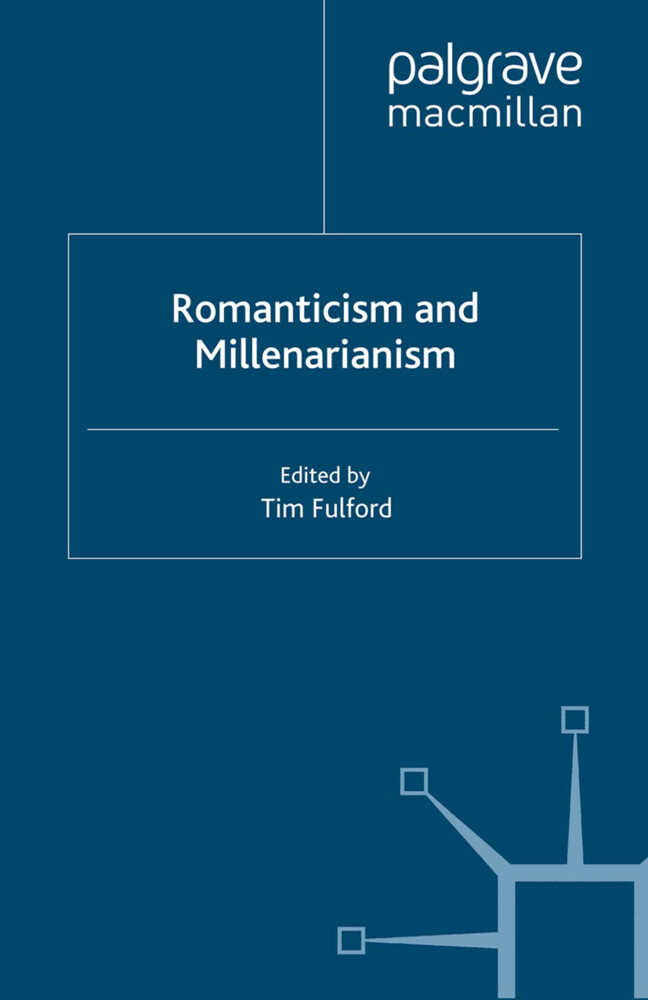 1st ed. 2002. Paperback. Sprache: Englisch.
Buch (gebunden)
Expectation of the millennium was widespread in English society at the end of the eighteenth century. The essays in this volume explore how exactly, this expectation shaped, and was shaped by, the literature, art, and politics of the period we now ca … weiterlesen
Geschenk per Mail versenden
Buch (gebunden)

Expectation of the millennium was widespread in English society at the end of the eighteenth century. The essays in this volume explore how exactly, this expectation shaped, and was shaped by, the literature, art, and politics of the period we now call romantic. An expanded and rehistorized canon of writers and artists is assembled, a group united by a common tendency to use figurations of the millennium to interrogate and transform the worlds in which they lived and moved. Coleridge, Cowper, Blake, and Byron are placed in new contexts created by original research into the artistic and political subcultures of radical London, into the religious sects surrounding the Richard Brothers and Joanna Southcott, and into the cultural and political contexts of orientalism and empire.

Millenarianism and the Study of Romanticism; T.Fulford Cowper's Ends; A.Rounce 'To Milton's Trump': Coleridge's Unitarian Sublime and the Miltonic Apocalypse; P.J.Kitson Romantic Apocalypses; J.Beer The Morning (Post) After: Apocalypse and Bathos in Coleridge's 'Fears in Solitude'; M.Simpson Pantisocracy and the Myth of the Poet; N.Roe Millennial Ecology: The Rhetoric of Apocalypse and the Spectacle of Poverty in the Discourses of Improvement and Population; G.Harrison Pagodas and Pregnant Throes: Orientalism, Millenarianism and Robert Southey; T.Fulford Blake, the Apocalypse and Romantic Women Writers; A.K.Mellor The Angels of Byron and Moore: Close Encounters of Another Kind; P.W. Martin Robert Hawes and the Millenium Press: A Political Micro-Culture of Late Eighteenth-Century Spitalfields; D.Worrall Blake's Visionary Heads: Lost Drawings and a Lost Book; G.E.Bentley,Jr. Word as Image in William Blake; M.Butlin The William Blake Archive: The Medium When the Millennium is the Message; M.Eaves, R.N.Essick & J. Viscomi Appendix: A Bibliography of Morton D. Paley's Studies of Romanticism; T. Fulford , with the assistance of D.W.Dörrbecker

TIM FULFORD is Professor of English at Nottingham Trent University. He has published many books on Romanticism and, in 1993 edited Coleridge's Visionary Languages with Morton D. Paley.

'This is a book of rich pickings, which precludes easy synthesis...Romantic Millenarianism is that rare thing: a collective volume that engages and stimulates at a consistently satisfying intellectual level whilst persuading the reader throughout of the vital importance of its topic.' - Philip Shaw, British Association for Romantic Studies

'Nicholas Roe's essay in this collection is a witty account of the souring of Robert Southey's early millenarian 'Pantisocracy'...Other essays in this excellent collection focus on William blake, Thomas Moore, Byron, the influence of Milton, and most originally in an essay by Adam Rounce, the last depressed years of William Cowper...Although this collection of essays emanates from a 1996 conference in Denmark, it has the cohesion of a well-managed publication.' - Simon Kövesi, European Journal of English Studies