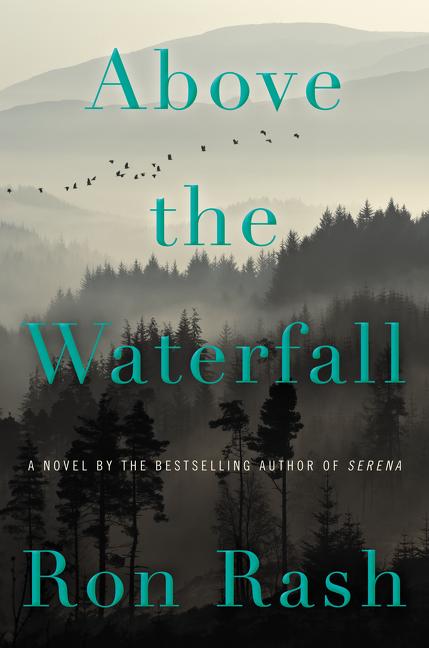 In this poetic and haunting tale set in contemporary Appalachia, New York Times bestselling author Ron Rash illuminates lives shaped by violence and a powerful connection to the land.

Les, a long-time sheriff just three-weeks from retirement, contends with the ravages of crystal meth and his own duplicity in his small Appalachian town.

Becky, a park ranger with a harrowing past, finds solace amid the lyrical beauty of this patch of North Carolina.

Enduring the mistakes and tragedies that have indelibly marked them, they are drawn together by a reverence for the natural world. When an irascible elderly local is accused of poisoning a trout stream, Les and Becky are plunged into deep and dangerous waters, forced to navigate currents of disillusionment and betrayal that will force them to question themselves and test their tentative bond-and threaten to carry them over the edge.

Echoing the heartbreaking beauty of William Faulkner and the spiritual isolation of Carson McCullers, Above the Waterfall demonstrates once again the prodigious talent of "a gorgeous, brutal writer" (Richard Price) hailed as "one of the great American authors at work today" (Janet Maslin, New York Times).

Ron Rash is the author of the 2009 PEN/Faulkner finalist and New York Times bestseller Serena and Above the Waterfall, in addition to four prizewinning novels, including The Cove, One Foot in Eden, Saints at the River, and The World Made Straight; four collections of poems; and six collections of stories, among them Burning Bright, which won the 2010 Frank O'Connor International Short Story Award, and Chemistry and Other Stories, which was a finalist for the 2007 PEN/Faulkner Award. Twice the recipient of the O. Henry Prize, he teaches at Western Carolina University.

"[T]here's no denying Rash's grasp of the North Carolina landscape and its reflection in the oft-tortured souls of its denizens, making this novel one of his most successful ventures into poetic humanism." Publishers Weekly
Kunden, die diesen Artikel gekauft haben, kauften auch
Schreiben Sie eine Rezension