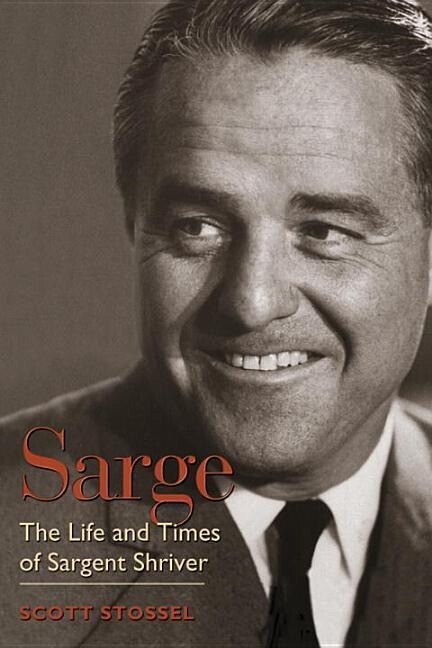 Sarge: The Life and Times of Sargent Shriver

von Scott Stossel
Sprache: Englisch.
Buch (gebunden)
Chronicles the life and career of R. Sargent Shriver, including such accomplishements as creating the Peace Corps, heading the War on Poverty, becoming ambassador to France, and founding such organizations at Head Start, Job Corps, and the Special Ol … weiterlesen
Geschenk per Mail versenden
Buch (gebunden)

Working for four presidents over six decades, R. Sargent "Sarge" Shriver founded the Peace Corps, launched the War on Poverty, created Head Start and Legal Services for the Poor, started the Special Olympics, and served as ambassador to France. Yet from the moment he married Joseph P. Kennedy's daughter Eunice in 1953, Shriver had to navigate a difficult course between independence and family loyalty that tended to obscure his incredible achievements.

Scott Stossel, through complete access to Shriver and his family, renders the story of his life in cinematic detail. Shriver's myriad historical legacies are testaments to the power of his vision and his ability to inspire others. But it is the colorful personality and indomitable spirit of the man himself-traits that allowed him to survive the Depression, WWII, and the Kennedy family-that will inspire readers today to expand the "horizons of the possible."

Scott Stossel is the editor of The Atlantic. Previously, he was the executive editor of The American Prospect . He is also the author of Sarge: The Life and Times of Sargent Shriver. A graduate of Harvard, he lives with his family in Washington DC.

"In this lengthy but lively biography, the journalist Scott Stossel explains in exhaustive detail how Shriver translated vague mandates to found an international service program and wage war on poverty into the creation of some of the most successful social programs of the past half-century."- Washington Post "Required reading for anyone interested in the political affairs of 20th-century America and the story of the Kennedy dynasty."-Robert Dallek, author of An Unfinished Life: John F. Kennedy, 1917-1963 "This is a superbly researched, immensely readable political biography."- Publishers Weekly "A careful and capable portrait, of much interest to advocates of an activist, beneficent government and students of the Kennedy era alike."- Kirkus
Kunden, die diesen Artikel gekauft haben, kauften auch
Schreiben Sie eine Rezension