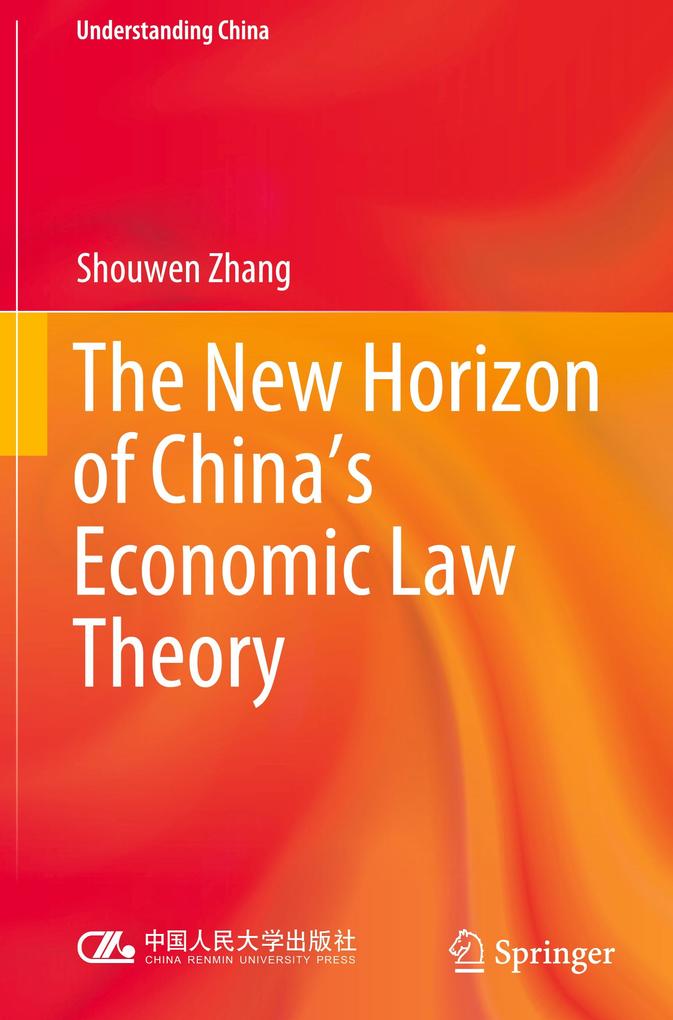 von Shouwen Zhang
Originaltitel: _____________. 1st ed. 2020. HC runder Rücken kaschiert. Sprachen: Englisch Chinesisch.
Buch (gebunden)
This book presents the development and reformation of economic law in China and explores the "three relationships" between the government and market, between reform and rule of law, and between the constitution and economic law. On this basis, it su … weiterlesen
Dieser Artikel ist auch verfügbar als:
Geschenk per Mail versenden
Buch (gebunden)

This book presents the development and reformation of economic law in China and explores the "three relationships" between the government and market, between reform and rule of law, and between the constitution and economic law. On this basis, it subsequently focuses on development theory, distribution theory, risk theory and crisis theory. Further, it addresses effective development, fair distribution, and prevention and resolution of related risks and crises, which are important functions of economic law. In order to achieve the above functions and objectives, the book argues, we must vigorously promote the integration of rule of law in economic law, and constantly refine the theory of economic rule of law employed in China.The book demonstrates that no matter how the "three major relationships" are adjusted or the relevant systems are reformed - i.e., regarding the implementation of the concept of coordinated development or the optimization of economic structures; the solution of distribution problems or the improvement of distribution systems; the prevention of risks or the response to crises - any such changes depend on economic rule of law. The above-mentioned theoretical discussion presents a "new horizon" of contemporary Chinese economic law theory, which will be of great value to the future development of economic law theory.

Shouwen Zhang, male, Doctor of Law, Professor, Doctoral Tutor, Peking University School of Law, and President of China Economic Law Research Association.
The research fields involve economic law theory, fiscal law, competition law, information law, social law, etc. The more important works are Market Economy and New Economic Law (1993), Information Law (1995), Dilemma and Challenge of Tax Law (2000), Reconstruction of Economic Law Theory (2004), Reflection of Financial Law (2005), Principles of Economic Law (20). In the past 13 years, Distribution Crisis and Regulations of Economic Law (2015), a number of research achievements have been awarded at the provincial and ministerial levels.
He has been awarded the "Top Ten Outstanding Young and Middle-aged Jurists in China", won the first "Young Teachers Award" of the Ministry of Education, Huo Yingdong "Young Teachers Award" (research category), the first award of the Ministry of Justice for law research results and first prize of law textbooks, the first award of the Ministry of Education for outstanding achievements in Humanities and social sciences, and so on. He has been selected into the first "Supporting Plan for Excellent Talents in the New Century" of the Ministry of Education "Yangtze River Scholars Award Scheme" and so on.